Svetlana Kapanina, the seven-time women’s overall world aerobatic champion, started her preparation for two important sport events. The first event is the 28th FAI (Fédération Aéronautique Internationale) World Aerobatic Championship 2015 to take place in Châteauroux (France) from 20 through 29 August. The second event is an air show in Shenyang (China) to be held in September. The Airports of the Regions Holding and ROTEC decided to support Svetlana Kapanina in the run-up to these significant displays.

“The coming competitions are very important events in life of every pilot. Although I have been flying for 27 years, I still worry before competitions,” says Svetlana Kapanina. “Of course I want to properly present my program and make it flawless. However, the victory depends on many factors – technique, competitor themselves, air space, weather conditions – all of these may affect the overall ranking. Generally speaking, the Russian aerobatic school is well-known and appreciated worldwide; therefore, our pilots are given a warm welcome and are strongly supported during a display in any competition.” 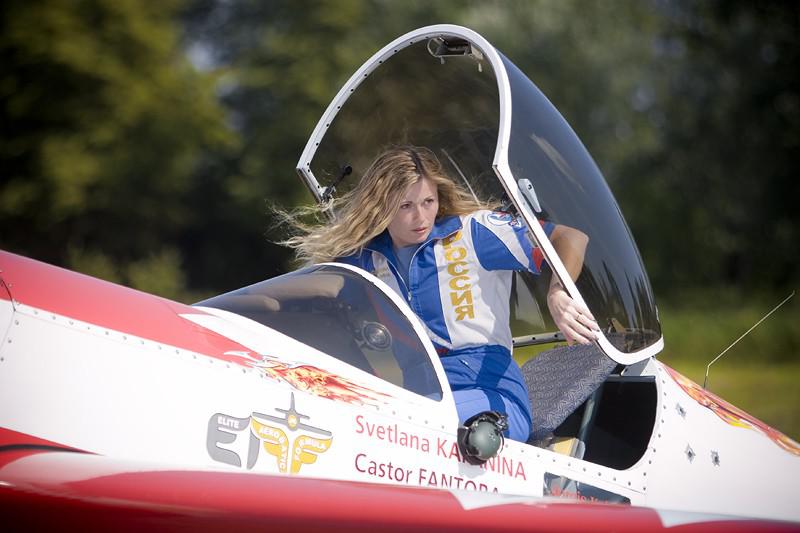 The sportswoman is rightfully considered the most award-winning female pilot of the planet. Svetlana Kapanina is not only the seven-time overall world aerobatic champion, she became the world champion 39 times, the World Air Games champion – 8 times and the overall World Air Games champion – 2 times. She won 54 World Championships medals including 39 gold ones; all in all there are more than 100 different awards in her collection. In addition, Svetlana Kapanina was awarded a personalized FAI (Fédération Aéronautique Internationale) medal as the best pilot of the century. She was also awarded the Order of Courage by Vladimir Putin in December 2014.

“A significant part of our business – functional coatings, surface engineering, and materials for additive technologies – is closely connected to aviation equipment production. There is no aircraft engine making plant that wouldn’t use the Oerlikon Metco equipment,” – says Mikhail Lifshitz, CJSC ROTEC CEO. “Supporting the air sports, we grow the interest in aviation and aviation technologies among the youth.”

“The Airports of the Regions Holding widely participates in the development of various kinds of sports in Russia, however, it is a special pleasure when the sports has everything to do with aviation. We are happy to collaborate with Svetlana Kapanina and to support her in such prestigious events as the World Aerobatic Championship and the air show in Shenyang. They say that Svetlana Kapanina does not fly but does dance in the air, and we are sure that she will definitely surprise the viewers both in France and in China,” – says Evgeny Krasikov, Director for Strategic Communications, Airports of the Regions Holding.