JSC Arkhangelsk Pulp & Paper Mill and ROTEC JSC have signed an agreement to supply a new 60-MW turbine set. The Ural Turbine Works-built steam turbine PT-60-8.9/1.9 will make up part of the set. The PT-60-8.9/1.9 will initially be connected to the PRANA IoT solution for equipment monitoring, diagnostics and predictive analytics, which will significantly increase the reliability of the company's power supply. The new equipment is worth over 1 billion rubles. 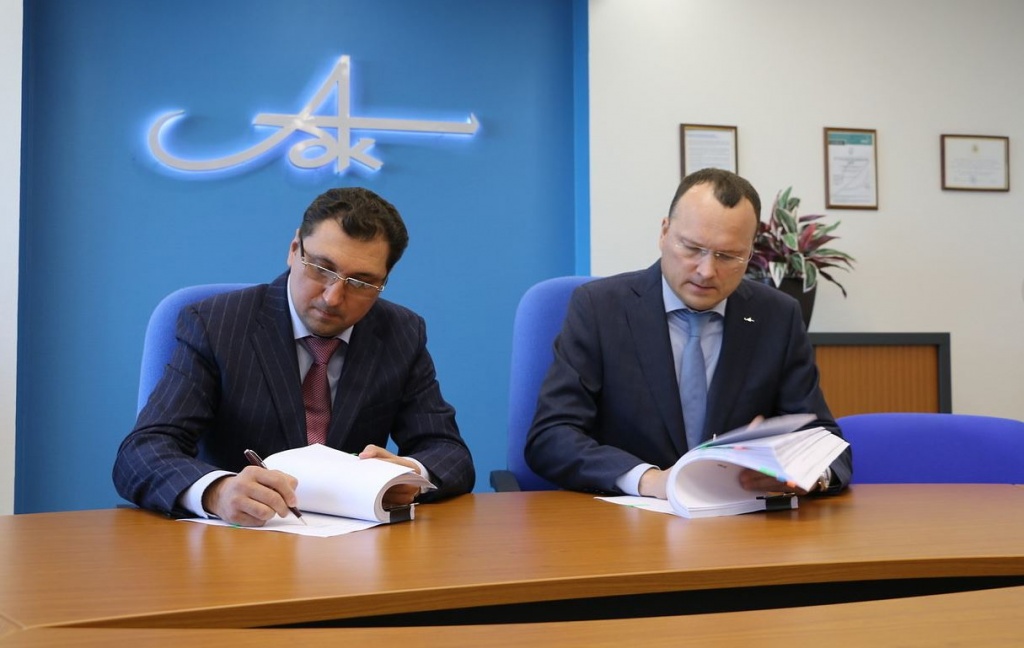 Dmitry Zylyov, Arkhangelsk Pulp & Paper Mill's General Director, told the media that APPM is modernizing its power generating system. The program's end goal is to completely transition APPM to gas power by 2025. First on the agenda is replacing the 60-MW turbine set whose fleet life has expired at CHP-1. “We chose ROTEC based on the results of a long-term and substantial tender,” Dmitry Zylyov noted. “ROTEC's great expertise in power generating equipment and its compliance with the world's best standards was the deciding factor for us.”

Ivan Panasyuk, General Director of ROTEC JSC, emphasized that company's unique experience in complex power generating equipment manufacturing and design work expanded beyond the Russian market. “We are glad to partner with Arkhangelsk Pulp & Paper Mill and highly appreciate the confidence they have placed in us,” Ivan Panasyuk pointed out. “Signing this agreement opens up some very promising areas for us.” Ivan Panasyuk also noted that Ural Turbine Works has operated for 80 years and produced over 900 steam turbines of various capacities over that time.

The new turbine will be connected to PRANA prognostics system right out of the box. A ROTEC-created system, PRANA detects defects 2 to 3 months before they can lead to an accident. PRANA increases the transparency of equipment's technical condition, which reduces repair expenses and gives more structure to the work for operating personnel and contractors. In other words, it increases the power plant's efficiency and reliability.

When Dmitry Zylyov, APPM General Director, spoke about the detailed stages of the mill's power generating system modernization, he explained that engineering works would commence at the end of this year and run through the end of Q1 2019. Afterwards, construction work begins, followed by unit installation, and commissioning the new equipment. “The turbine itself should begin operation in 2020,” APPM's top manager pointed out.

The project is worth a total estimated cost of 2 billion rubles, a figure that includes all relevant construction and installation work.

“According to our plans, in 2021 Arkhangelsk Pulp & Paper Mill will replace the second turbine," Dmitry Zylyov said. “That will start a global program to rebuild APPM's power generating system. Under that plan, our four existing pulverized coal-fired boilers will become gas-fired and three new gas-fired boilers will be also be installed at CHP-1".

At a meeting of the Mill's Board of Directors on September 28, 2018, the company's shareholder - Pulp Mill Holding - supported the company's new energy concept. As company board member Vladimir Krupchak noted, Arkhangelsk Pulp & Paper Mill expects to become more eco-friendly as a result of the project. However, the primary focus lies in switching to gas-firing to stabilize equipment operation, minimize downtime, and significantly reduce the maintenance budget by replacing outdated equipment.

Arkhangelsk Pulp & Paper Mill was founded in 1940. The Company is a leading timber and chemical companies in Russia and Europe. The Company manufactures cardboard, pulp, paper, and notebooks. APPM's sole shareholder is the Austrian company, Pulp Mill Holding GmbH.

ROTEC JSC business areas: the PRANA system for forecasting the condition of industrial equipment; designing, engineering and general contracting for the construction of energy and infrastructure facilities; development and production of highly efficient energy accumulation and storage systems based on supercapacitors; manufacturing, modernization and maintenance of basic power equipment.

The Ural Turbine Works JSC (www.utz.ru) is one of the leading machine builders in Russia, in the power engineering equipment design and production sector. Today this enterprise, established in 1938, specializes in the production of steam turbines, and also servicing and modernization of steam and gas turbines. A ROTEC Holding member.