It goes without saying that the Albatross project, developed by the Skolkovo resident, is very ambitious. We can recall when the whole world was following the odyssey of the Swiss aircraft Solar Impulse 2, which flew around the world on solar energy a few years ago, making 17 landings. And what a disappointment it was when the project was put on hold for almost 9 months due to glitches. in 2020, the Albatross intends to fly around the Earth in 120-150 hours without a single landing, covering around 35,000 km. Isn't it fantastic? After all, when developing the Solar Impulse-2, the most advanced developments in the world were used, but even its creators didn't aim for such high results. 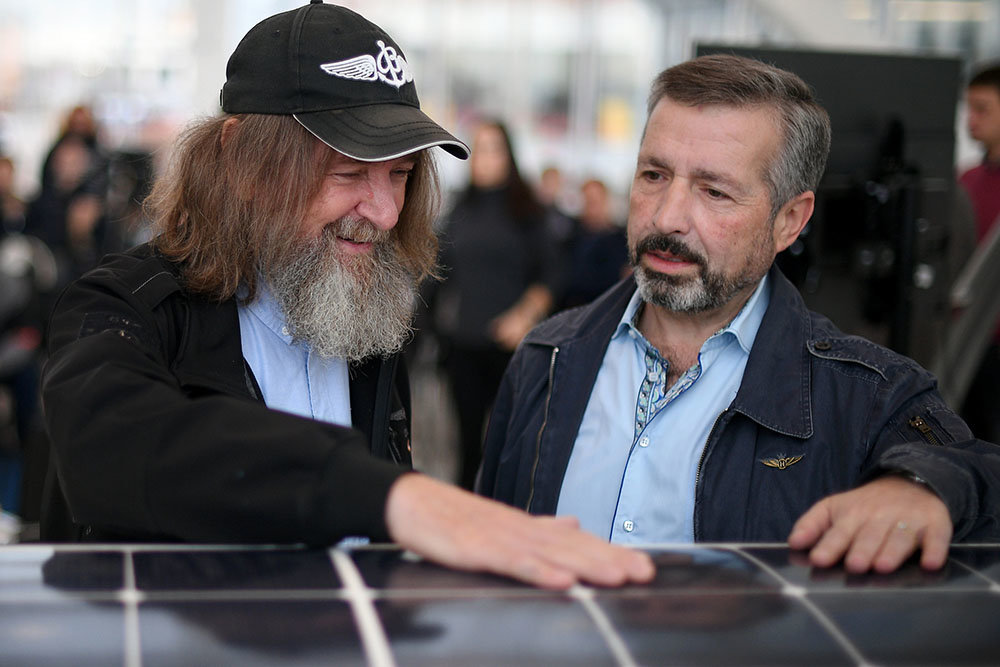 "We are trying to learn from the mistakes of our predecessors,” said Mikhail Lifshitz, Albatross project manager. "One of the problems they had was overheating and failure of the lithium ion batteries, which store the solar energy for flight when there is no light. We have radically changed the drive system and used a hybrid version."

Accumulators are storages of large reserves of energy on a plane. They can be compared with the stayer, who cannot be startled by "sprint" energy jumps with peaks and dips. The result is overheating and failure. This was exactly what happened with Solar.

Russian experts have proposed creating a hybrid, by adding a team of "sprinters" - supercapacitors - to the batteries. Their capacity is small, but they charge and discharge quickly, which saves the battery from jerks and allows them to work in a stable mode without overheating.

Another Albatross know-how is the construction of solar panels. On Solar Impulse-2, they were located only on the upper surface of the wing, whereas on our aircraft they will be also installed underneath. This will allow to make use of both direct light from the sun and reflected light from the clouds, which will double the energy received from the sun, and hence the possibilities for non-stop flight will also be increased. 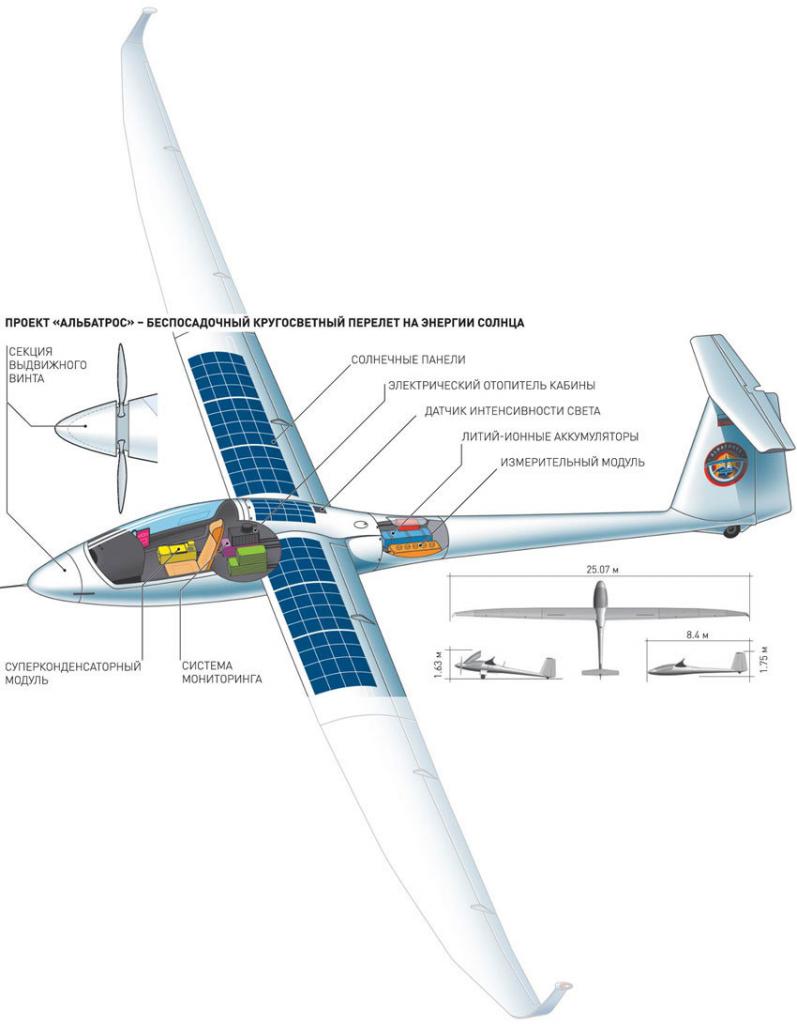 Although the flight is scheduled for 2020, the creators of the project are in no hurry to create a prototype. This is a fundamental point which Mikhail Lifshitz emphasises.

"In studying the experience of our predecessors, we noticed that the planes were created without a reliable calculation base. There was no data on how much energy it would collect at different heights and latitudes, at different times of the day, at different positions relative to the sun, etc. All this information needs to be thoroughly analyzed in order to create the best possible version of the aircraft. Only then will the designers work as objectively as possible.

This approach will turn the solar-powered plane from a unique phenomenon into a mass technology. The designers will have a ready-made calculation base, and, speaking figuratively, they will no longer have to repeat Korolev's path each time. Therefore, the creators of the project have developed and are already testing the world's first flying laboratory of photovoltaics. The laboratory's objective is collect numerous data, on the basis of which the Albatross will then be calculated and constructed.

It is assumed that the round-the-world flight will take place at a height of 12-14 km with an average speed of 210 km/h. The plane will fly over the territory of Australia, New Zealand, Chile, Argentina, Brazil and South Africa. More than 80 percent of the route will pass over the waters of the Pacific, Atlantic and Indian oceans. The pilot of the Albatross will be the famous Russian traveler Fyodor Konyukhov, who previously orbited the Earth in a hot air balloon. According to the creators, if the project succeeds, it will become an incentive for the development of new types of aviation based on electrical propulsion systems. The developed technologies will allow to create a variety of autonomous aircraft for the organization of communications networks, high-quality imaging of the Earth's surface, monitoring forests, farmlands, pipelines, etc.