June 19, 2015, the Development Award ceremony was held as part of St. Petersburg International Economic Forum. This award was established and is presented annually by Vnesheconombank for the implementation of nationally significant investment projects. Ural Turbine Works (ROTEC Holding) was the winner in the Best Export Project for its project to build a 123 MW power unit at CHP-4 in Ulaanbaator, Mongolia. 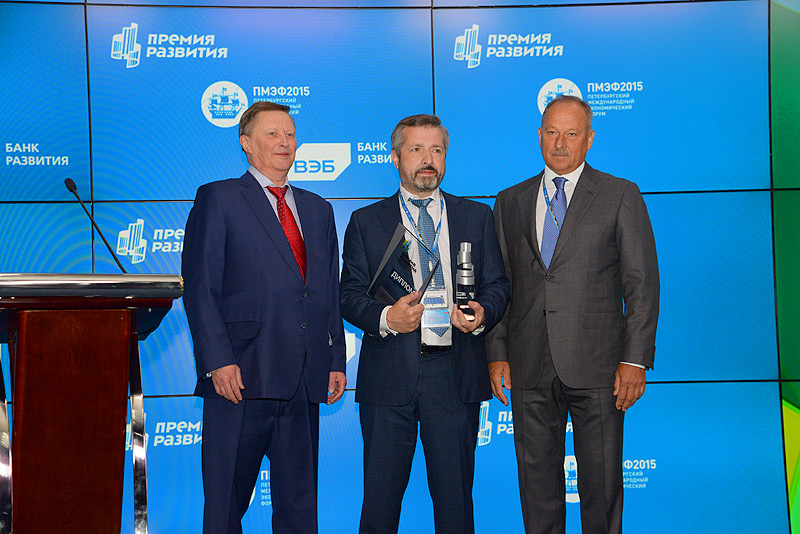 Sergei Ivanov, Chief of the Presidential Administration of Russia, and Vladimir Dmitriev, Chairman of Vnesheconombank, presented the award and award winner diploma to Mikhail Lifshitz, Chairman of the Board of Directors of CJSC Ural Turbine Works.

Mikhail Lifshitz: "The project we have implemented in Ulaanbaatar was the largest energy construction project in Mongolia in the past 20 years. For Ural Turbine Works this is the first export delivery of next generation turbines outside the CIS in a decade and UTW's first EPC (engineering, procurement and construction) contract. The power unit was erected in a record short time – within one year. The Client has given our work the highest score: the project picked up the President of Mongolia's Altan Gerege Award 2014, and three of our employees were awarded Mongolia's industry and state prizes. It's nice that this project was also among the winners of the prestigious Russian Award".

The Russian machine-building holding installed at Ulaanbaatar CHP-4 a new turbine generator with a steam turbine T-120/130, the latest development of Ural Turbine Works. Civil work on the CHP site commenced in February 2014, with the first megawatts of electricity delivered as early as March 2015. It increased the output of Mongolia's entire power grid by 15 percent and allowed the country to meet its growing demand for energy until 2018.

The project was financed, among others, by Vnesheconombank, with the capital investments totaling over RUB 2.5 billion.