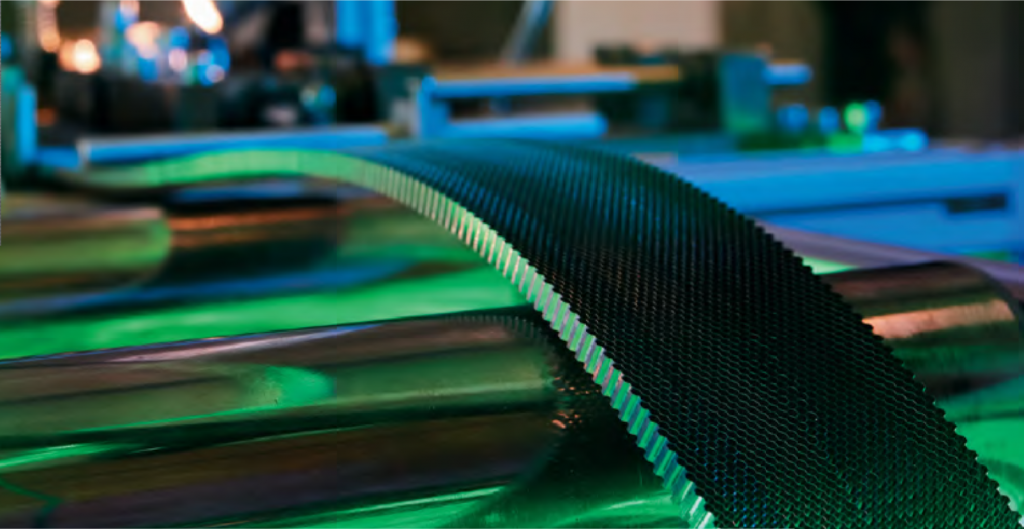 History has well recorded the end of the cheap-oil era. The crisis of the 1970s ended with the effective collapse of the powerful USA auto industry, when large cars with humongous (by today's standards) engine capacity and the corresponding fuel consumption were pushed out of the market by economical Japanese cars. Factories went bankrupt, once-thriving cities were abandoned, and cozy neighborhoods turned into criminal ghettos with post-apocalyptic backdrops. Since then, cost-effectiveness and the minimization of resource consumption have only become more relevant. To date, one could argue that this parameter has always taken second place behind the consideration of security itself.

The economies of developed and developing countries require more energy for less money. All enterprises, from iron-and-steel works to coffee shops, are constantly looking for ways to optimize costs.
The retrofitting of generating equipment is fast exhausting its potential, boosting the efficiency of units manufactured decades ago to what would then have been perceived of as unprecedented levels. All this has become possible through the use of new materials and technologies not previously available in the production of power machines.
It is hardly necessary to go into an explanation of why there are no "little things" in aircraft engines or power turbines. Each of the parts designed by engineers performs its task, and the entire unit’s reliability is characterized by the reliability of its seemingly-simplest component.
Since the end of 2018, one of these components has been produced by the company ROTEC in Russia. Only a handful of companies in Western Europe and the United States used to be capable of producing honeycomb seals so precisely resembling a real beehive honeycomb with a comparable level of quality. The uncomplicated – at first glance – part that makes a turbine’s operation more efficient and allows for savings of tens of millions of rubles per year on each medium-power generating unit was once not produced in our country.
Russian turbo-building and repair companies either managed ineffective solutions of the last century, or relied on unstable supplies from abroad.
The situation deteriorated even further in 2014, when the United Kingdom introduced a ban on the sale of modern honeycomb seals to Russian enterprises because of their “dual-purpose” potential, that is – their possible use as part of military-equipment engines.

The seemingly-simple cellular structure, as if made by steel bees, has turned out to be the most effective solution in helping to prevent the crossflow of working fluid in the turbine’s hot gas path and thereby increase its overall performance and the durability of its parts.


A commercial airliner, the latest jet fighter or a modern turbine at a power plant – all of these engineering masterpieces use the "honeycomb” as an element that gives them the level of reliability and efficiency necessitated by today's requirements.
Initially, ROTEC engineers were planning to buy the technology and use a standard design as the basis, in order to offset the risks associated with imports. But neither the technology nor the equipment used in the production of high-quality welded honeycomb seals is for sale. Therefore, it was decided to develop the product independently, adapting the "honeycomb" to the specifics of Russian power machines, aircraft engines and other turbo units.

During the technical research, more than 20 different equipment designs and models were developed for the production of high-quality welded honeycomb seals. As a result, the Russians completely abandoned any borrowing and designed a prototype from scratch, carrying out calculations of instruments and kinematics. The manufactured prototype was brought to an industrial installation within a month.

Separately, it should be noted that the cell’s high quality was reached due to the fact that the design used the process calculation-and-simulation method as opposed to the simple, empirical production of a series of parts in order to obtain a satisfactory result – that approach turned out to be unacceptable.


In October 2019, the All-Russia Thermal Engineering Institute conducted tests that confirmed the effectiveness of ROTEC’s technology, which made it possible to reach a stable and accurate geometry of the honeycomb cell, which in turn ensures the best soldering quality (Fig. 1 and Fig. 2). 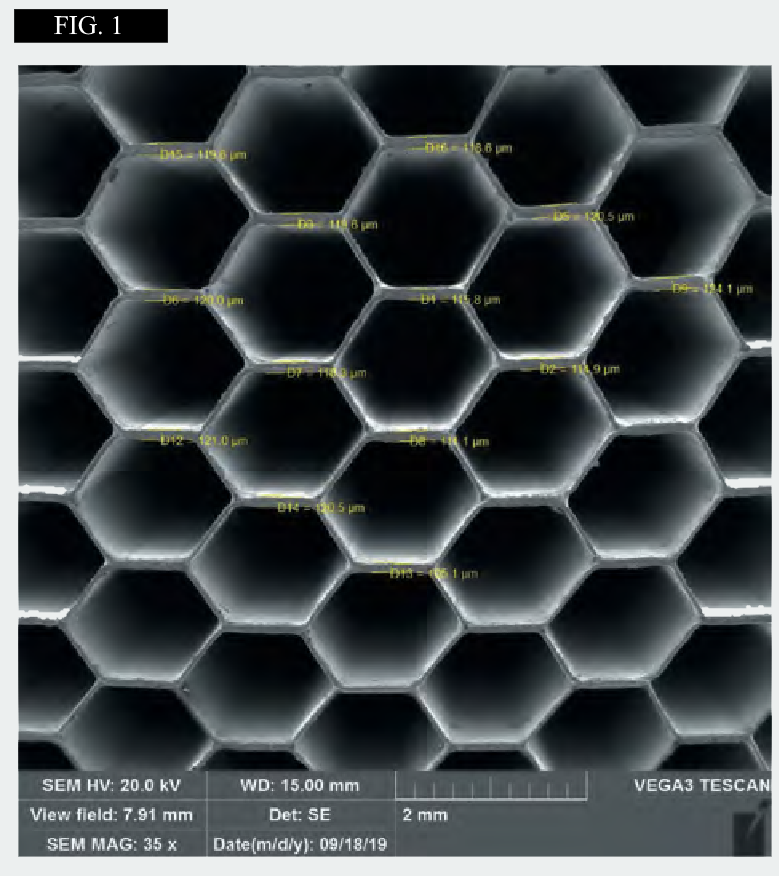 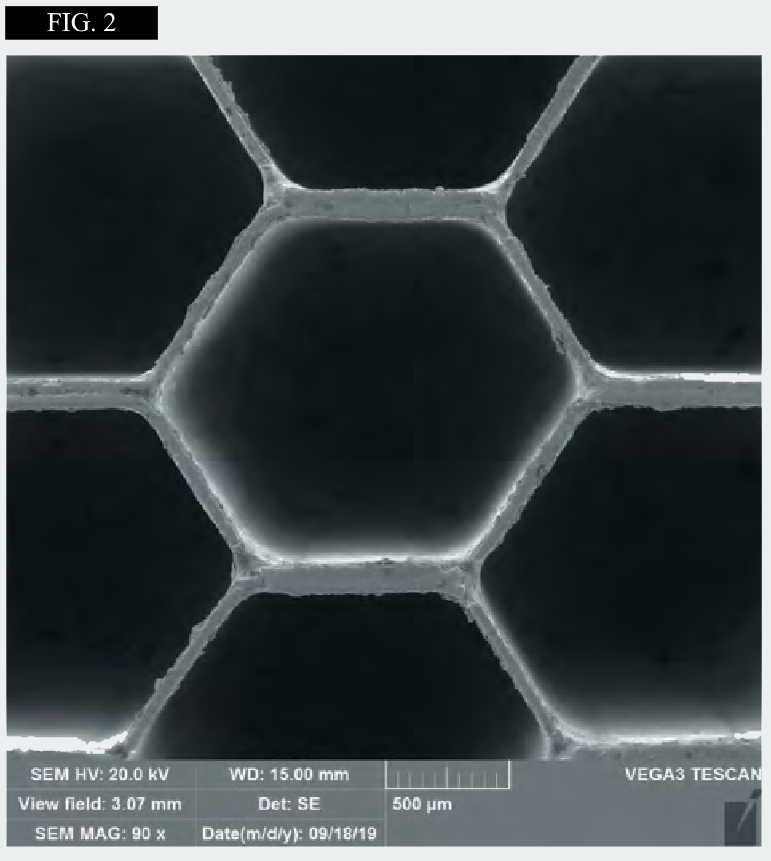 Precise geometry is critical in order to eliminate the formation of a steel wedge from the solder formed between the cells, as is often the case in commonplace stamped honeycomb seals. This makes the structure too rigid, which can lead to the separation of the honeycomb from the substrate – with all of the ensuing consequences. In addition, when such a disproportionately-rigid seal is touched, the rotor blades are subjected to increased wear and fail much sooner.
As noted by Taras Shibaev, Chief Designer at Ural Turbine Works, in his article on emerging trends on the steam-turbine equipment market, more and more of today’s customers, who are considering COMMod projects (competitive selection of projects for thermal-generation retrofitting) as an opportunity to introduce all manner of technical advancements, are primarily paying attention to local "innovations," including new types of seals. And if we’re talking about scheduled repairs or even a simplified equipment renovation/retrofitting schedule, even the mere replacement of the turbine’s most loaded parts (rotor, housing, nozzle boxes) necessarily entails replacement of the seals.
As a vivid example of the effects that the "honeycomb" provides, we can point to selected results and features of the use of honeycomb seals in the steam turbines at nuclear facilities.

A distinctive feature of the turbine units used at nuclear plants is the close location of the rotor journal bearing to the high-pressure cylinder, which makes it more susceptible to the ingress of steam, which in turn induces its degradation and the destruction of anti-friction and anti-pressure additives when coming into contact with oil.

High-quality honeycomb seals protect the bearing from steam penetration and keep the oil in normal conditions, thereby ensuring the trouble-free operation of the bearing and the rotor as a whole.


It’s worth emphasizing that the design data provided herein were confirmed through the use of honeycomb seals in the nuclear industry, which is distinguished by its ultra-conservative approach. When these elements were introduced into the low-speed steam turbines of power units Nos. 1 and 2 at the Smolensk NPP, the following power increases were yielded:

For obvious reasons, any innovations in the industry are implemented with layered redundancies and multiple safety features, and in this case, an increased clearance of 0.5 mm between the rotor and the stator was adopted, producing an effect of roughly 1%, which fully corresponds to the theoretical and research data obtained by A.Ya. Rechkoblit.

A.Ya. Rechkoblit showed in his report "Research on the Efficiency of Using Honeycomb Seals with Radial Clearance in Gas Turbines" that turbine-power efficiency falls to 5% with a radial-clearance increase of from 0 to 1 mm, depending on pressure drop on the turbine. In this case, the drop has a dependence close to linear. And when providing a clearance of no more than 0.2 mm (for example, the clearance is 0.15 mm on UTW JSC turbines), the effect is up to 3%.


However, even taking this into account, operating the above turbine units over the course of 10-12 years will yield a savings of 100-140 mln rubles.
It’s also worth noting the importance of a factor that directly affects the safety and efficiency of the use of certain new solutions, i.e. the qualification of maintenance personnel. Nuclear facilities are staffed by highly-qualified engineers, who precisely fulfill all of the requirements governing equipment maintenance, which has allowed them to gain a significant effect from the competent use of new components and, in particular, honeycomb seals – even when installing increased clearance.
In addition to the need for a qualified approach to the maintenance of generating units, the rare "honeycomb" critics often forget about such important parameters as severe operating conditions, wear due to the age of the equipment, poor steam quality due to the presence of scale, and rotor deflection, as well as significant axial and transverse movements. All of these circumstances prevent us from revealing the full potential of honeycomb seals, which can significantly wear out during turbine start-up and warm-up and thereafter stop performing their assigned functions.
However, if all conditions are met, modern welded honeycomb seals not only save fuel, but also protect the rotor blade’s expensive components from wear and possible damage when touched. It’s worth remembering that in case of damage to the blades, the cost of repair will be ten times higher than the cost of a full set of honeycomb seals.