Under this agreement, the Ural Turbine Works will take part in modernization of three turbines Т-100 and one turbine PT-135 at the facilities of CAEPCO, JSC. Total modernization cost is estimated at 2.18 billion rubles. The document was signed by Yerkyn Amirkhanov, the President of CAEPOC, JSC, and Mikhail Lifshitz, the Chairman of the Board of Directors of the Ural Turbine Works, CJSC. 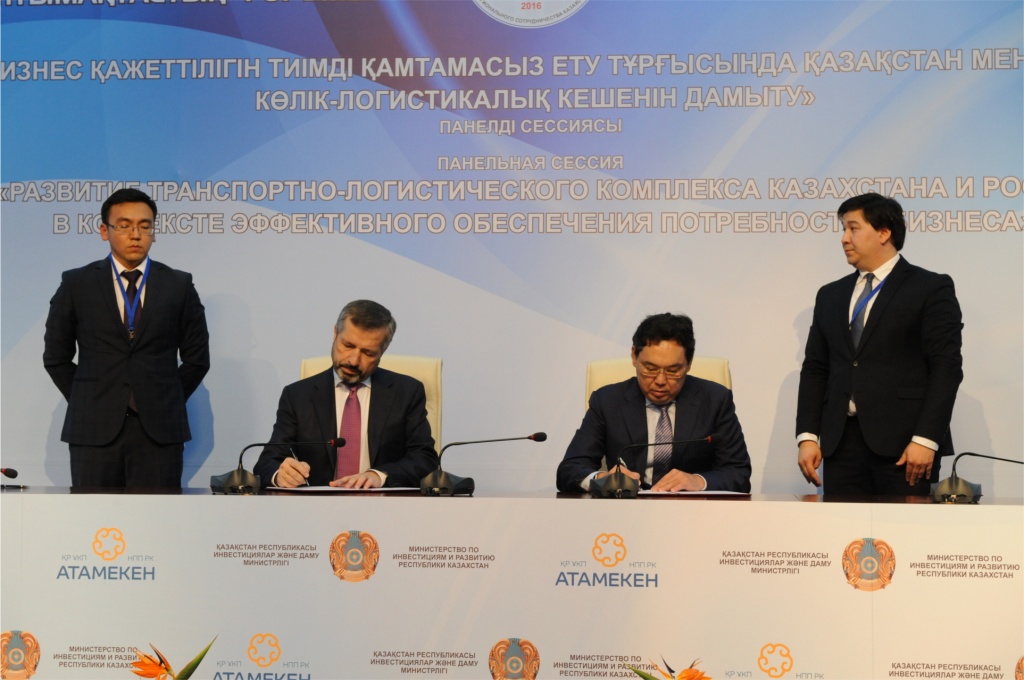 As a part of cooperation, the parties will consider the possibility of implementing industrial Internet technologies at the power station of CAEPCO, JSC — PRANA system designed for prognostics of generating equipment condition. The system developed by ROTEC specialists is based on adaptive mathematical models and allows determining operation deviations and localizing equipment defects at early stages — two-three months prior to their detection by the standard power unit control system. PRANA has been already successfully used at a number of the Russian power stations for more than a year. Such system will be installed in Kazakhstan for the first time.

The cooperation experience between Russian mechanical engineers and Kazakhstani power engineers shows that costs for modernization of each turbine are approximately two times lower than the costs for a new power unit construction (when calculated for 1 kW generation). Along with that, equipment key characteristics are improved — performance coefficient, capacity, fuel consumption rate.

“The program of generating assets modernization implemented by CAEPCO, JSC facilities since 2007 in cooperation with the Ural Turbine Works, will continue till 2021. It is important to emphasize that cooperation with UTW has already allowed to significantly update production capacities of generating facilities in the North-Kazakhstan and the Pavlodar regions: the plant manufactured 8 turbines for CAEPCO, JSC with the total capacity of 726 MW. Due to stations reconstruction, citizens of the regions are provided with electric power and heat power on a continuous basis”, said Yerkyn Amirkhanov, the President of CAEPOC, JSC, the largest private company in Kazakhstan power sector, at the ceremony.

“Kazakhstan for us is one of the most important markets. The most efficient program of electric power engineering modernization in the post-Soviet space is being already implemented here for several years. It allows us not only to develop effective solutions for capacities upgrading together with our Kazakhstan colleagues, but also to apply them. This works concern both turbines as well as auxiliary equipment. I hope that the following joint step will also be successful – implementation of industrial Internet technologies, i.e. cybernetization of CAEPCO generating capacities, and, as a result, transition of equipment repair as per regulations into repair as per condition. I would like to especially emphasize that work with Kazakhstan partners is both honorary and interesting for us” – noted Mikhail Lifshitz, the Chairman of the Board of Directors of the Ural Turbine Works, CJSC.

Central-Asian Electric Power Corporation, JSC (http://caepco.kz) is the leader among private power engineering companies of Kazakhstan. Total determined electric capacity of CAEPCO, JSC amounts to 1 141 MW. Total length of electric power transmission lines is 50.5 K km. Total determined heat capacity of Corporation is 2,957.65 Gcal/hr. The length of heat networks is more than 989.9 km. The Corporation serves 2 mln. people, which is equal to more than 12% of population of the Republic of Kazakhstan.

Ural Turbine Works, CJSC (www.utz.ru) is one of the leading mechanical engineering plants in Russia, which engineers and manufactures power generation equipment. Today, the enterprise, founded in 1938, specializes in the manufacture of steam turbines, servicing and modernization of steam and gas turbines. It is a part of the ROTEC holding company. At the moment, new and upgraded turbines of the Ural Works operate at powers station in the largest cities: Astana, Pavlodar, Petropavlovsk, Ust-Kamenogorsk, and in the largest Kazakhstan enterprise of iron-ore mining and concentration – Sokolovsko-Sorbayskiy Mining and Concentration Association, ArcelorMittal Temirtau, JSC. According to the expert evaluation, in 2015 alone, Ural turbines generated electric power amounting to more than 38.3 billion rubles.