We are continuing a series of articles focused on technology, which is the backbone of the transport vehicle industry. Elon Musk has already launched Falcon Heavy with Tesla aboard and is about to launch Hyperloop, but few people know what is inside these and many other amazing machines. In partnership with NUST MISIS, we plan to correct this. Last time we talked about the foundations of modern motor transport - asphalt and concrete pavements, and this time we will focus on supercapacitors.

What is this about?

This is about chemical sources of current. However, this is not the typical kind of battery found in your car or smartphone, but rather specific devices called supercapacitors. There is a well-known comparison to explain how a battery differs from a supercapacitor: in the same way that a large bottle with a narrow neck differs from a drinking glass. More water can be placed in the bottle, but it takes more time to fill it. It takes just a couple of seconds to fill or empty the glass, but it holds less water.

Speaking more pragmatically, the list of technical features of supercapacitors includes a lower output voltage than batteries (lead or lithium-ion), as well as lower specific capacity. This means that a supercapacitor with the same weight contains much less charge. However, despite these disadvantages, supercapacitors have a huge plus; they quickly (or very quickly) accumulate and give off the charge and have more power. The change in charge per unit of time is the current strength, then we just get the main competitive advantage of supercapacitors - a large output current. In addition, chemical reactions do not generally occur in supercapacitors, which means they are less susceptible to degradation and can withstand more recharge cycles than batteries.

In 2011, the company TEEMP was founded. it created prototypes of supercapacitor cells based on NUST MISIS developments, and launched large-scale production of them in 2017. In the beginning, the initiators of the project collaborated with the developers of Yo-Mobile, for which the supercapacitors were needed. This project was cancelled in 2014, but TEEMP continued what it started and has now reached production volumes of up to 200,000 cells per year. 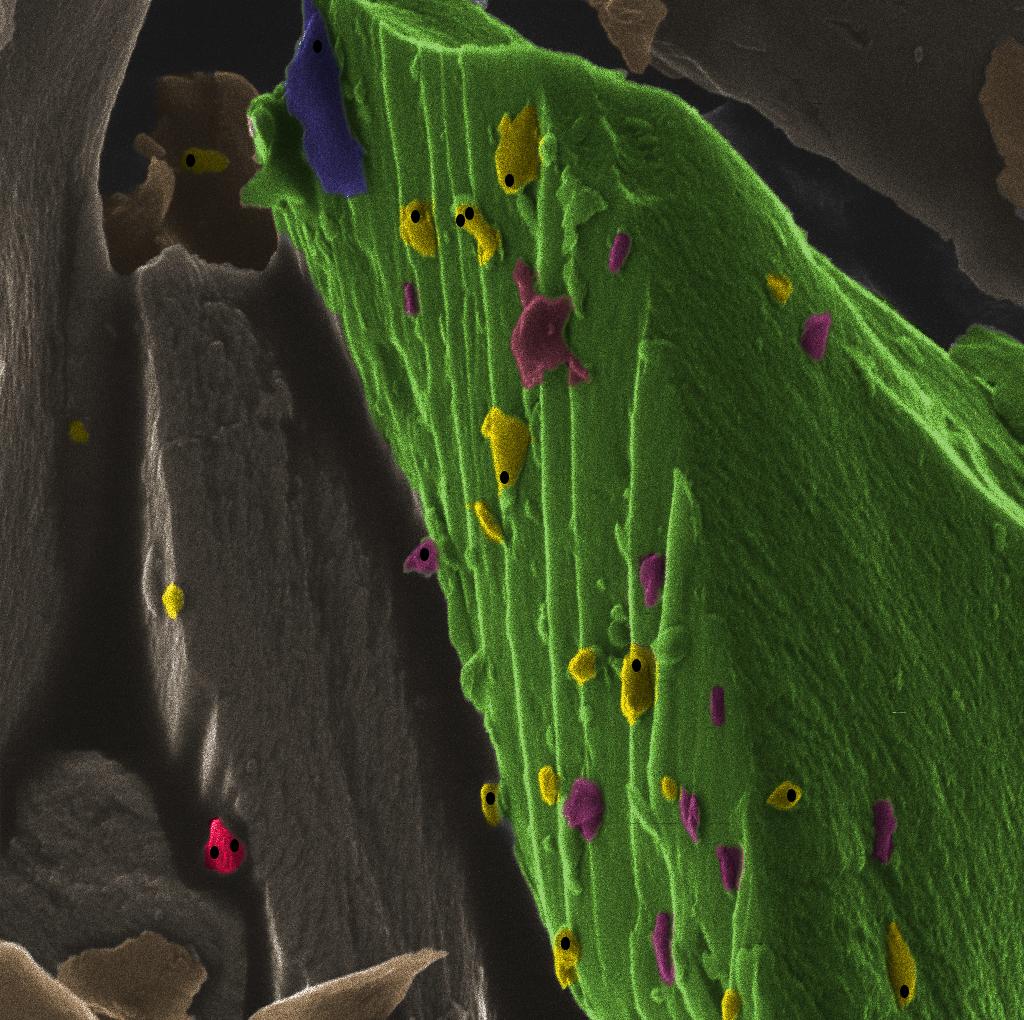 What is the science behind it?

The basis of the supercapacitor are ions - an electrolyte solution. Let's have a quick recap on how a normal capacitor functions. These are two plates, separated by a dielectric layer. If a potential difference is applied to such a system, the charges of different signs will accumulate on the plates, but the dielectric will prevent them from making contact. In this state, the capacitor is charged. If you now remove the external voltage, the capacitor can be used as a short-term current source; when connected to a circuit, the charges will flow through the circuit from one plate to another, which means that the capacitor, running low, creates electricity.

What determines the capacitance of a capacitor? The capacitance of a capacitor is determined by how many charges can fit on its plates for a given potential difference. This in turn depends directly on the area of the plates. Now let us remember that there are systems that have an enormous specific surface area, and the most striking example of them is activated carbon and other more advanced carbon materials. To create a capacitor on this basis, only a second plate is needed. It is here where physical chemistry comes into play, which predicts that near any charged surface in the electrolyte solution, an electric double layer will be produced. The double layer consists of a layer of ions of opposite sign which compensates the surface charge. This thin shell is actually the second plate of the capacitor.

It is the electrical double layer that serves as the “storage” of the charge in supercapacitors; when charging, the potential of the carbon carrier inside the supercapacitor increases, which causes the ions to accumulate in the electric double layer. Conversely, when discharging, the surface charge decreases, and the ions leave the surface and "go back" into the solution. What is the difference between this system and chemical batteries? The difference is that, in supercapacitors, ions do not enter into a chemical reaction with a carbon carrier, they are only retained by electrostatic force. Due to this, supercapacitors charge and discharge much faster than batteries, although not as fast as ordinary capacitors.

Yes, they have been around since the 1950s. That was the first time the concept of supercapacitors appeared, which differed from traditional capacitors by their larger capacitance. To date, this field has grown into an independent industry around the world. Within this industry, more and more new supercapacitor designs are being created, as well as cells based on them. But since supercapacitors are no longer just an exotic lab item, but instead a sought-after component in various areas of production, there is an ongoing race for the title of cheapest / most capacious / most reliable and so on. That is why even the smallest improvement in design can lead to significant economic benefits.

The supercapacitors produced by TEEMP are based on carbon whiskers, a material consisting of long and thin carbon rods of a particular size and density. This material is cheaper than graphene or nanotubes, and though it falls behind in terms of specific surface area, it wins in terms of strength, which made it possible to create supercapacitors operating under extreme conditions — temperatures from –60°C to +65°C. 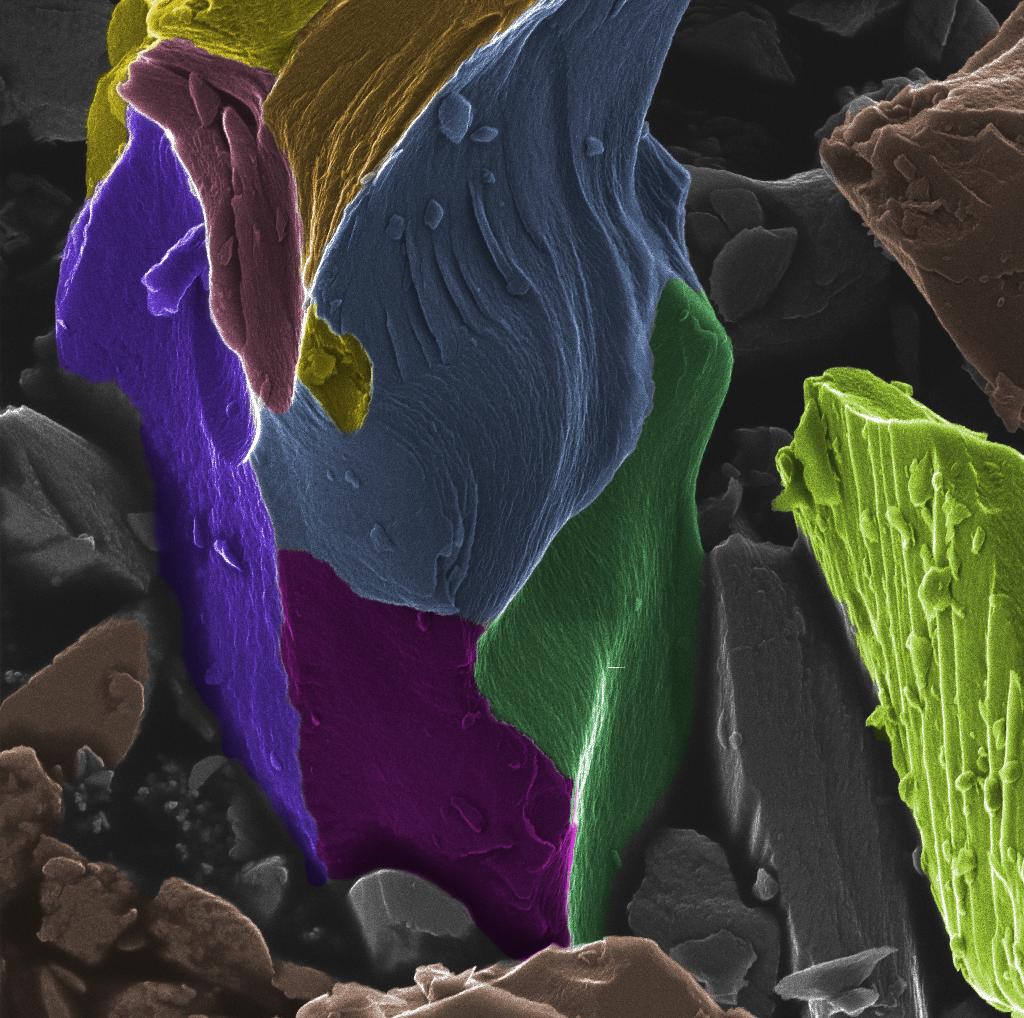 Microstructure of carbon composite material, which is used as electrodes for supercapacitors, Pacific Northwest National Laboratory

When you are trying to understand why you may need a device that issues a large current, think about trying to start a car after it has been sat in –30-degree weather for a week. This is a really rich application area for supercapacitors. Since charging is a one-time and short-term process, a relatively small capacity is not a problem. We are not just talking about starting a car engine, cold creates problems for locomotives and aircrafts as well. This is especially true in the far North, where –30 is still considered warm.

Another niche for supercapacitors is working with power supply systems. Since the load on the network "jumps" much faster and more often than the generated power, it is necessary to store electricity when the load is minimal, and vice versa, to give out power faster during peak usage. For this purpose, supercapacitors are the best fit, regardless of scale; they can be implemented both in large power grids and at home, for example, if you have solar panels installed on your roof.

Finally, they also have futuristic areas of application, such as the creation of devices for energy recovery. Formula One fans will surely remember the appearance of the KERS system (kinetic energy recovery system), which stores energy when the car decelerates and then “returns” it to the engine within a short period of time. You will probably have already guessed which device is at the basis of this system. In fact, it's not just kinetic energy that can be stored in this way. Warehouse loaders can be equipped with recovery devices that store potential energy in the form of electrical energy during the lowering of a heavy load, and return it back during lifting.

Can money be made from this?

It is possible because new electrical devices are appearing almost every day, such as Tesla and electric cars made by other manufacturers. There is demand for supercapacitors, but there are also limitations — a high price. According to Vladimir Tumanov, TEEMP representative and Head of the Accumulators of Electrical Energy Laboratory at NUST MISiS, the cost of supercapacitors has decreased almost three times thanks to the solutions used in production. In addition, the supercapacitor cells manufactured by the company are designed for the extreme conditions of the north, where there is substantial demand but practically no supply until now.

How much can it cost?

It all depends on the intended scope of application, but the price ranges from 25,000 rubles to several thousand euros. It is obviously too much for a frozen car in the parking lot, but it is about right for starting up a locomotive in the Arctic circle.