On June 16, 2016, at Baltic Shipyard took place an official launch of headmost all-service nuclear-powered icebreaker Arktika under project 22220. Further construction works will be proceeded at mooring berth. The ship will be equipped, among other, with two steam turbines which components and assemblies were manufactured by Ural Turbine Works (ROTEC Holding).

The ceremony of setting afloat the first in post-Soviet history nuclear-powered icebreaker was participated by Federation Council Speaker Valentina Matviyenko and Director General of State Corporation Rosatom Sergey Kirienko. Ural Turbine Works was represented by Mikhail Lifshitz, Chairman of the Board of Directors. 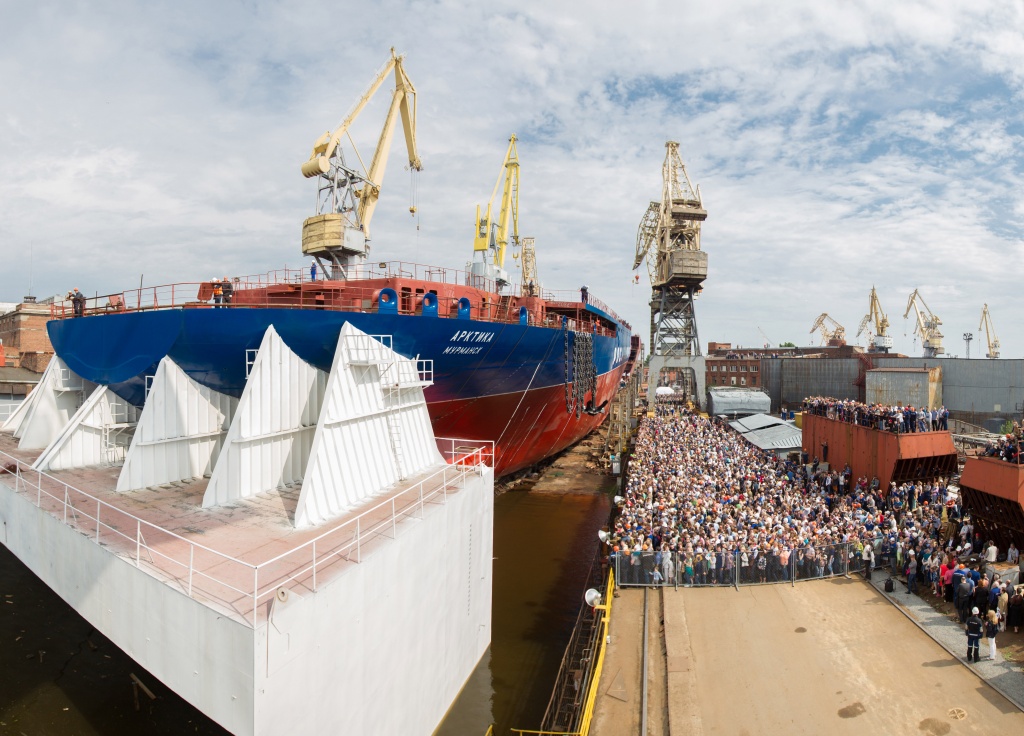 Arktika is a headmost ship in the line of brand new class icebreakers intended to provide for Russia the year-round navigation in the Arctic Ocean. Being the largest and most powerful icebreaker in the world, it is capable to break through ice of thickness up to 3 meters and navigate vessels of freight-carrying capacity up to 100 ths. tons. A special feature about this type of nuclear-power vessels is dual draft design: with deep draft it can break through thick ocean ice, while with shallow draft — work in rivers, thereby combining two vessels in one.

High maneuvering capability of the ship and ability to vary power are provided by a new type nuclear turbo-electric unit utilized on the icebreaker. Ural Turbine Works developed and manufactured low pressure turbines and condensers for two steam turbines of this unit. Exactly these assemblies will drive propeller screws of the icebreaker.

Trials and transfer of the ship to the customer — FSUE Atomflot — is scheduled for the end of 2017. At the same time, there are two other icebreaker series on project 22220 under construction — Sybir and Ural. Steam turbine equipment for these nuclear-powered vessels will also be manufactured by Ural Turbine Works.

Originally Ural Turbine Works was intended for manufacture of turbines for marine vessels, while during construction it also set up production of steam co-generation turbines. The plant produced marine type (ship) turbines of capacity 16 and 22 MW — total number of 69 units. In 1951 UTW's team was awarded the State Prize for massive improvement of serial production technology of high-power turbines (as marine type turbines were called at that time). At present time UTW's strategy provides for development of production of marine power units equipment, along with manufacturing steam turbines for power plants, which are now the main products of UTW.