Ural Turbine Works has put into operation a new turbine generator (120 MW) at the largest in Mongolia Ulaanbaatar CHPP-4. 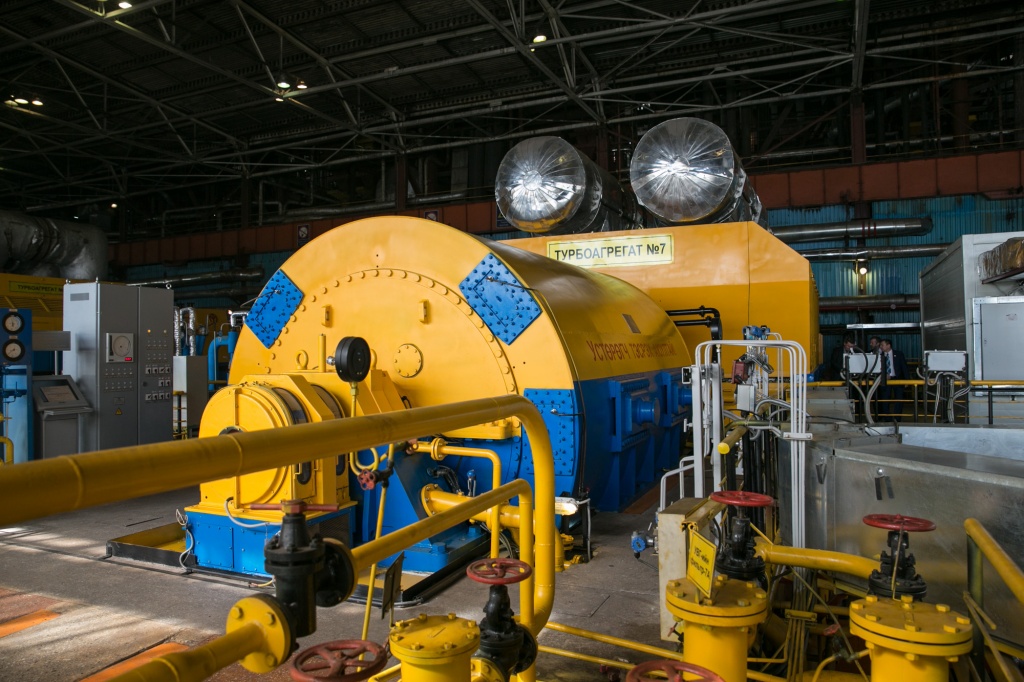 The official start-up ceremony of the turbine unit was held today in Ulaanbaatar in the presence of D. Zorigt, Minister of Energy of Mongolia, I. Azizov, Extraordinary and Plenipotentiary Ambassador of the Russian Federation in Mongolia, and the representatives of parliament — State Great Khural. The event has also been participated by heads of Russian companies involved into the project implementation: M. Lifshitz, Director General of ROTEC CJSC and Chairman of the Board of Directors of UTW CJSC, and S. Chaplik, Director of SOYUZ Holding Company. The telegram of greetings addressed to the participants of the ceremony was sent by Russian Prime Minister, D.A. Medvedev.

Commissioning of the power facility of such capacity is a significant event for Mongolia. All CHPPs operating in the country were built in the 50's - 80's of the last century with the support of the USSR and require reconstruction or modernization including increasing of capacity.

To carry out modernization of Ulaanbaatar CHPP-4 which currently operates six Soviet-made turbines, Mongolia chose Ural Turbine Works CJSC (UTW), part of ROTEC Holding Company, as a general contractor. Along with manufacturing and supply of the main equipment, UTW was the only company who implemented the contract on turnkey basis. Design, construction and installation works as well as commissioning were performed by ECC SOYUZ JSC. The project was implemented in close cooperation with engineers and workers of Ulaanbaatar CHPP-4 and other Mongolian companies participated in the construction of the power-generating unit.

"Relations between Russia and Mongolia, as a tradition, have the nature of neighborliness, diversified character and are based on a long history of bilateral cooperation. After a break in the 1990's these relations have been recommenced in the spirit of strategic partnership. Involvement of the Ural Turbine Works along with other Russian engineers into the expansion project of Ulaanbaatar CHPP-4 has become a good example in terms of renewal of technological cooperation between the two countries," — said at the ceremony Iskander Azizov, Ambassador of the Russian Federation to Mongolia.

Mikhail Lifshitz, Chairman of the Board of Directors of Ural Turbine Works CJSC, in his turn emphasized: "The turbine Т-120/130-130-8МО installed at the power plant is the latest turbine manufactured on the platform of model T-100, which is familiar to Mongolian power engineers, but the new one has increased power capacity: more than 120 MW. The project has been implemented by us on turnkey basis in the shortest time. I would like to express our gratitude to the customer — Ulaanbaatar CHPP-4 and Mongolian companies who showed high professionalism: Hos Bar, CHANSAA HOLDING, SUUR, MEEZ, as well as our Russian partners from ECC SOYUZ and other companies. We hope that our cooperation will turn to a long-term partnership, and we will participate in other projects focused on the development of the Mongolian energy system." 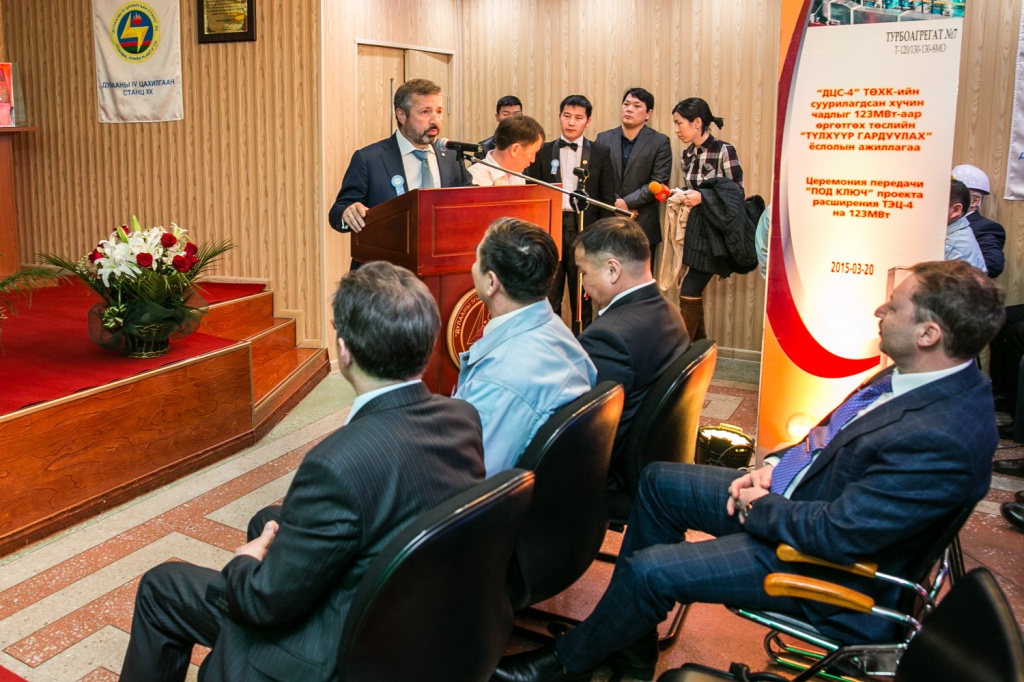 Sergey Chaplik, Director of SOYUZ Holding Company: "All the commitments made with regard to design, construction and installation works as well as commissioning of the power plant were performed by ECC SOYUZ almost twice as fast as similar projects are usually implemented. The fact that between Russian and Mongolian engineers were established not just close working relations, but actually we managed to gather a joint team of like-minded people, who put all their strength, knowledge and experience into the success of the common goal also played its role. During implementation of this project SOYUZ Holding Company gained the unique experience of cooperation with all the partners. We believe that we will use accumulated potential in the implementation of future energy projects in the republic, which are to be equally complex and demanding."

After commissioning of the new turbine unit the installed electric power of the plant (with steam extraction for central heating) has been increased from 570 to 693 MW, and maximum capacity — from 660 to 790 MW. Installed heat energy generation for consumers of Ulaanbaatar has also been significantly increased — from 1185 Gcal/h to 1373 Gcal/h.

Capital investments for the project amounted to over 2.5 billion Rubles.

The project for construction of the new turbine generator at Ulaanbaatar CHPP-4 became the winner of the award "Altan Gerege" by the President of Mongolia in 2014.

Vnesheconombank of Russia honored the project of Ural Turbine Works CJSC among the nominees of the competition "Development Award" as the "Best export project."