Mikhail Lifshitz, the Chairman of the Board of Directors of JSC "ROTEC" spoke at the conference "Development of Industrial Internet in Russia".

The event was participated by Arkadiy Dvorkovich, the Deputy Prime Minister of the Russian Federation, Gleb Nikitin, the First Deputy Minister for Industry and Trade, and Sergey Kalugin, the President of Rostelecom PJSC.

In his speech Mikhail Lifshitz spoke about the activities of the company in this field, and in particular, about the system of forecasting and remote monitoring — PRANA, which has been developed and now is successfully operated for a number of power plants which turbines are connected to it. The system developed by ROTEC's team based on the adaptive mathematical models allows for localization of main problems in equipment operation at early stages — two-three month prior to detection of these problems by the stationary power unit control system. 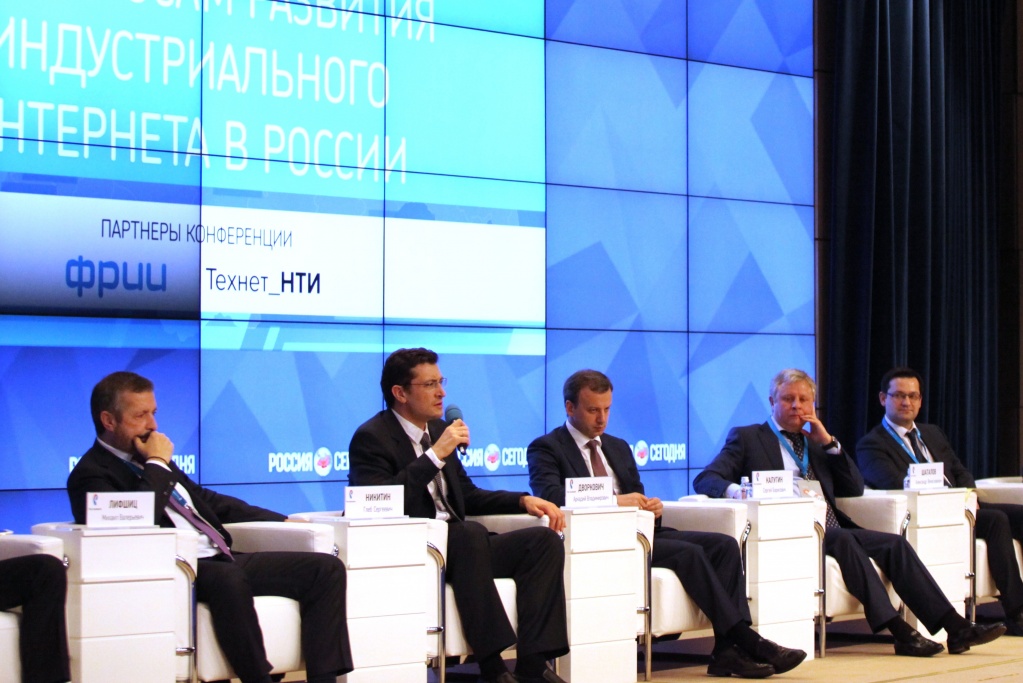 A globally leading company in insurance telematic services ("Smart Insurance") develops solutions for management of distributed groups of objects, for example, the fleets of logistic and car rental companies. Currently, the company has 3.7 million users around the world and every day connects about 7 thousand new users.

"Industrial Internet is being actively developed in Russia. The first and most obvious area of its application is infrastructure, where the introduction of new technologies can significantly improve operation efficiency of the facilities, distributed throughout the country. Thus, the government becomes the biggest market player, as long as it owns the infrastructure. The process of development of Industrial Internet shall not be obstructed. There should be only exact and clear industrial standards regulating industrial and personal safety, as well as protection of personal and corporate data," — emphasized Mikhail Lifshitz.