Mikhail Lifshitz, Director General of ROTEC CJSC, Chairman of the Board of Directors of Ural Turbine Works CJSC, has been awarded the title “Honorable Power Engineer of Mongolia” — the highest award in the power industry of Mongolia.

The title "Honorable Power Engineer of Mongolia" is awarded for outstanding personal contribution to the development of the energy system in the country. At the present day critical task for Mongolia is the increase of electricity and heat production and meeting the growing demand of the economy for the energy resources. The project of construction of the new turbine generator of capacity 123 MW, which has been put into operation at Ulaanbaatar CHPP-4 on March 20, 2015, was an important event. Introduction of additional capacity can meet the growing demand of the country until 2018. The project was successfully implemented in a record-short time — about one year.

The award pin and certificate of the "Honorable Power Engineer of Mongolia" was handed over to the head of Russian machine building company by the Minister of Energy of Mongolia, D.Zorigt. 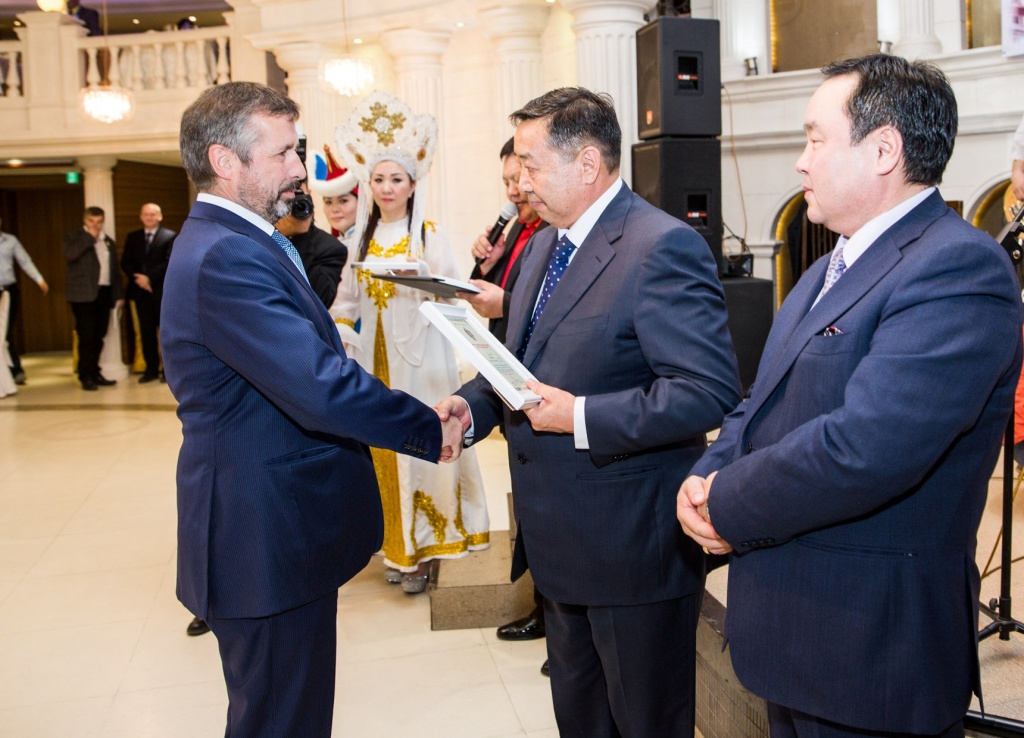