Ural Turbine Works (ROTEC Holding) has built a modern stand for assembling turbine Т-295/335-23,5 (Т-295) — the largest co-generation turbine in the world in terms of steam extraction for central heating and one of the largest in terms of nominal power capacity. The turbine is intended to replace the overaged and out-of-date turbine Т-250 at CHPP-22 of Mosenergo JSC. The first assemblies of turbine Т-295 are expected to be delivered to the new assembly stand by the end of June - beginning of July 2016.

Assembly stand is a necessary facility to complete general assembling works on the turbine at the factory. In addition to assembling itself, this stand will be used for fitting up mating parts, adjustment and shaft-rotation testing. Besides Т-295, this stand can be used for assembling turbines Т-185, Т-113 and К-110. 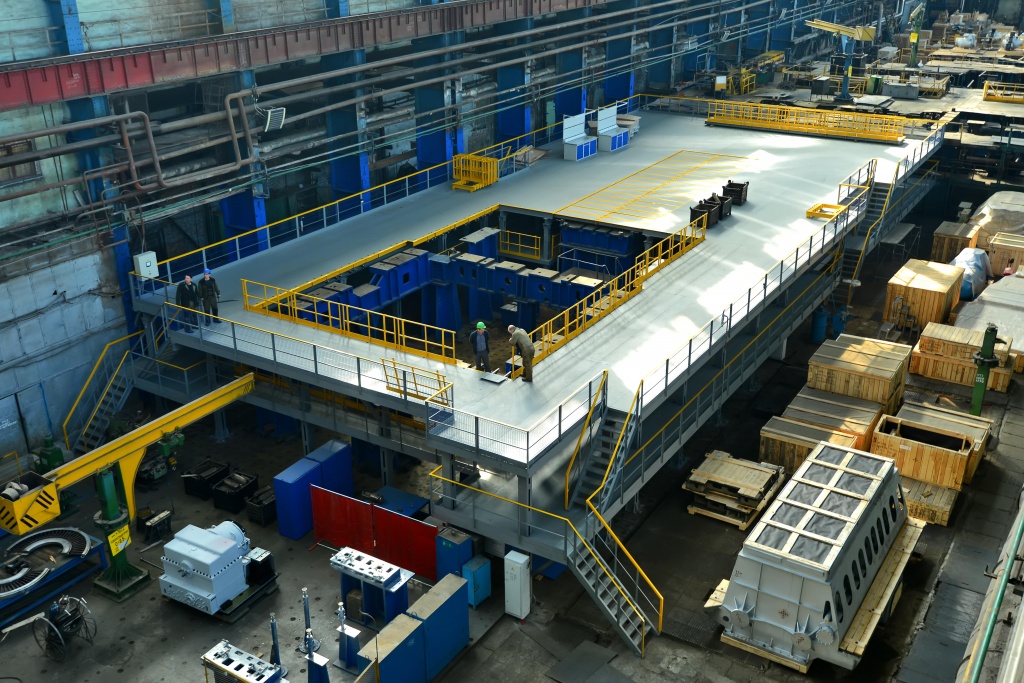 The new stand has an impressive size: its length is 37 meters, width - 17 meters and height - 14 meters. Modern requirements on facility management, industrial safety and ergonomics were taken into account during construction of the stand. Thus, instead of 5.5 meters elevation point, at which turbine Т-250 was usually installed, now the upper elevation point is located at 4 meters, that brings it to the same level as other existing assembly stands of the plant. This will facilitate works for installation personnel, as the stairs are made shorter by one and a half meters, which corresponds to less than one stair flight of an apartment house.

Some service platforms are made movable and closely adjacent to cylinders and bearings circuit of the turbine being assembled. This assures not only convenience, but also speeds the work. Apart from that, an extensive system of compressed-air lines for pneumatic tools was created, and new file benches were installed.
© 2021 JSC "ROTEC". All rights reserved.
15, Nikoloyamskaya, 109240 Moscow, Russia