Evgeny Grabchak, Director of the Department for Operational Control and Management in the Electric Power Industry of the RF Ministry of Energy, Andrey Pokhozhaev, Managing Director of RUSNANO and Alexey Kostrov, IIoT Projects Director at Rostelecom visited ROTEC’s Center for Prognostics and Remote Monitoring and became familiar with PRANA’s operation, the system of predictive analytics in the industrial internet. 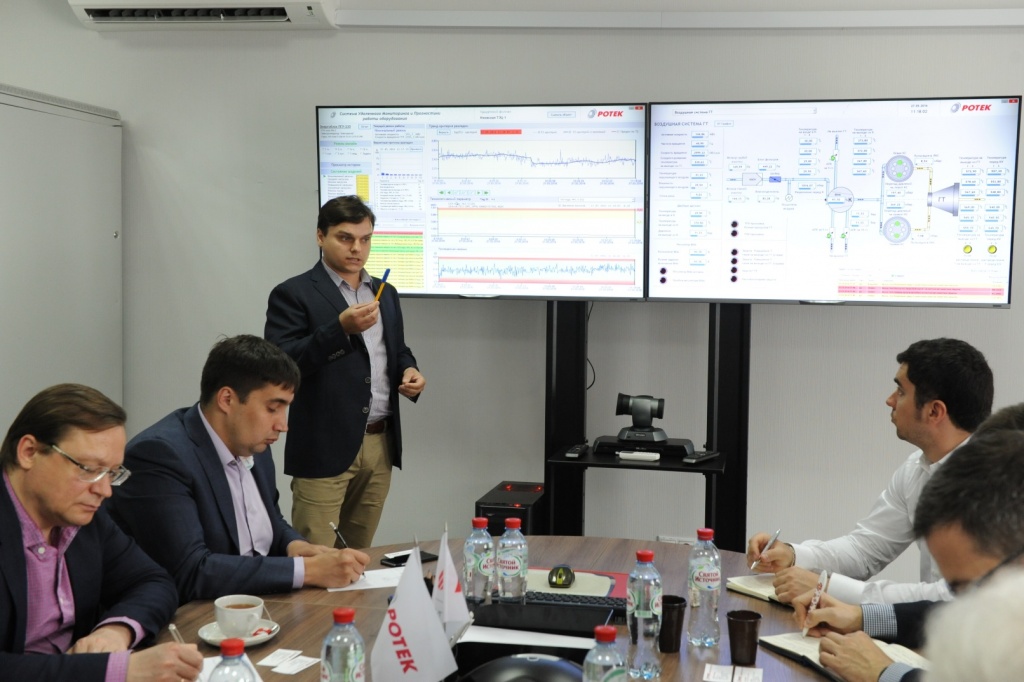 Created by ROTEC, the system has demonstrated successful operation on gas turbines of some Russian power plants for over one year by now. PRANA differs from traditional systems of remote monitoring in its ability to forecast behavior of equipment connected to it. Based on the developed adaptive mathematical models, it helps identify basic defects of equipment operation earlier – two or three months prior to their detection by standard control system of the power unit.

The meeting participants have discussed PRANA development, ways to expand its use in both the power sector and other industries.