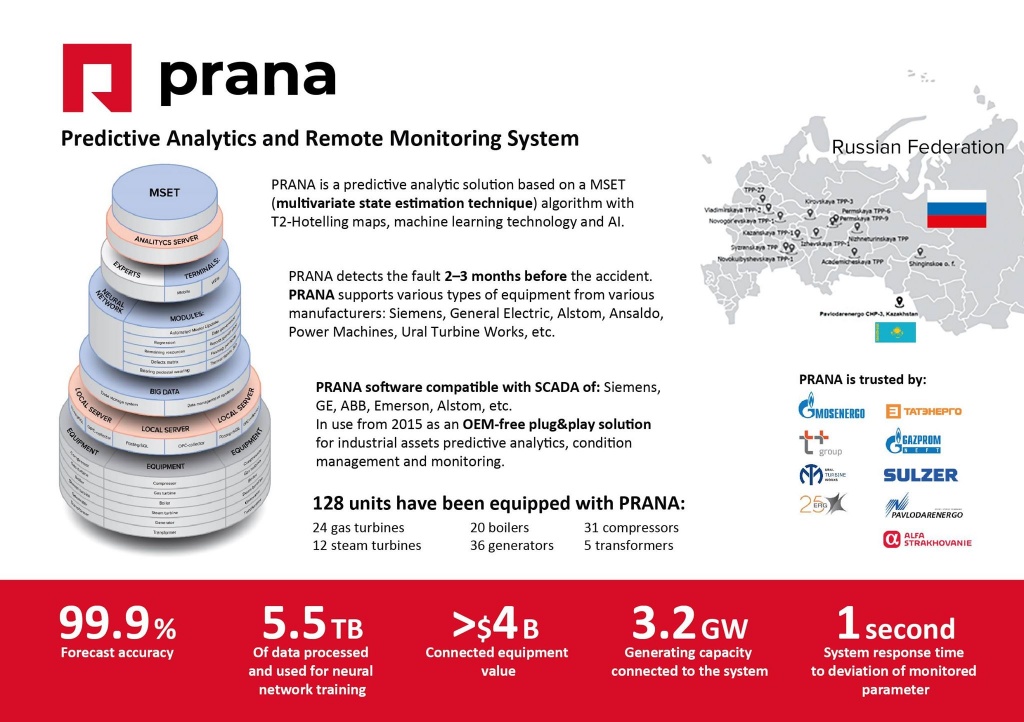 In western Europe you may think of security of power supply in terms of keeping the regulator happy and avoiding fines. In the extreme cold of Russia and Kazakhstan says Jeremy Cowan, the focus is on saving lives by avoiding unexpected shutdowns in power generation.

This isn’t just hyperbole. A huge explosion in a Russian hydro-electric power plant a few years ago caused a massive power outage and lives were lost in the cold weather as a direct result.

So it was instructive to talk to a team from ROTEC JSC recently, to hear how they have been digitalising the Russian power generating sector since 2015 and have gained some solid results. The PRANA system is already installed on 22 combined cycle generating units and combustion turbine units with capacity of more than 3.2GW all over Russia and in Kazakhstan. Connected equipment value exceeds US$4 billion.

PRANA can detect faults up to two to three months before an incident occurs. Only one month is needed to install and set up the PRANA Predictive Analytics and Remote Monitoring System on any industrial object. It is used on a wide range of equipment from various manufacturers, PRANA is independent from original equipment manufacturers (OEMs).

“In 2011 we started research into remote monitoring of power generating equipment,” says ROTEC’s Alexander Levin. “But monitoring is not enough, it is crucial to avoid unexpected shutdowns. Power companies would be heavily fined in Russia if these occurred, because it’s not just monetary losses, in the extreme cold people would die.”

ROTEC now monitors 22 plants in Russia and one in Kazakhstan. And there are other applications in the oil & gas industry. Using new acoustic emission methods, the company can monitor large pipes, storage tanks and other equipment upstream in the oil & gas supply line.

According to Maxim Lipatov, technical director of the PRANA project, “Sulzer is one of our key customers, providing services for gas turbines from various OEMs like Siemens and GE. For every unit of equipment we build a mathematical model and collect data which we compare with an ideal model. Temperatures, oil and fuel pressures, and other crucial information is coming live from Russian plants 24/7. So, if something is wrong, our experts can tell what action to take.” 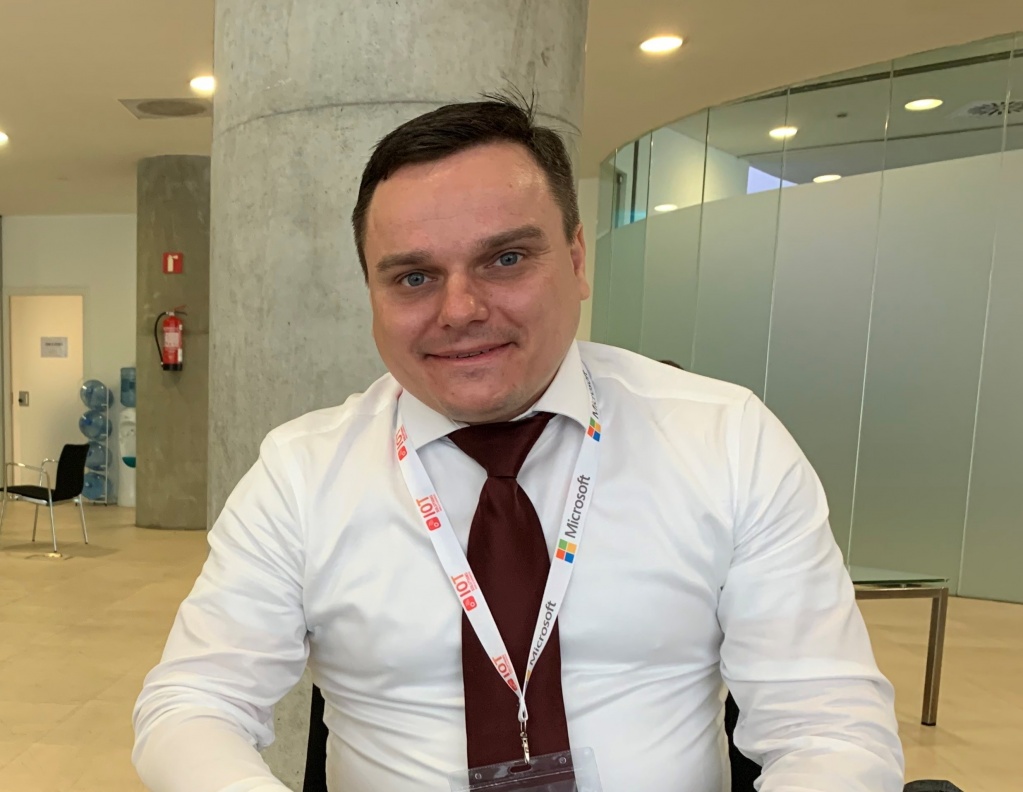 Lipatov showed your correspondent a tablet carrying live data feeds from power generation clients. On one screen were the 10 most important system discrepancies. “We can see it may be a defect or perhaps a degradation of a system. Engineers can have time to plan maintenance work, and so save a lot of money,” says Lipatov. “If you are an equipment owner you can see the status continuously, all parameters and data are logged and it shows how people react to your alarms. Therefore, enterprises are now transparent. We have over 300 models, they are all unique for every turbine, compressor and boiler.”

“We are independent from the OEMs and more objective,” adds Levin. “Our system unites all the different manufacturers’ equipment.” And, as the slide above shows, ROTEC works with diverse equipment from a variety of OEMs including ABB, Alstom, Ansaldo, GE, Power Machines, Siemens, and Ural Turbine Works.

If there is a problem, Lipatov continues, “We get a preventive alarm. It’s not like SCADA (Supervisory Control And Data Acquisition); if that gives an alarm it’s already too late. IoT (the Internet of Things) is about connectivity, it’s not a big problem to collect information in one database.”

PRANA aims to unify the data and make it one standard, gathering it in large archives. “The more we have,” says Levin, “the more accurate it becomes. We use elements of neural networking and artificial intelligence.”

ROTEC is now negotiating to supply the PRANA system to nuclear power generators and hydro power generators, organisations that are noted for their conservatism, testing everything. In contrast, the company has new Kazakh partners who are said to be much more open to digitalisation than partners in the Russian Federation.

The value of the system for dealing with remote, high-value objects in Siberia’s oil and gas industry should not be under-estimated. For example, gas turbines and gas booster compressors pumping oil and gas from Siberia may be so remote that they are a helicopter ride from the nearest city. The distances to cover in the region can be huge and logistics are very difficult year round. In fact, in summer there may be no road connections at all and they are only open when the ground has frozen in winter. In the circumstances, it is vital that ROTEC can prevent failures happening during this 6-7 month summer period. The company is responsible for US$4 billion worth of industrial equipment. And while Levin concedes that they are not the only such company in Russia, they are he says the only one with this kind of reference list.

There is some irony in the fact that the team has occasionally encountered hostility from operations teams in power plants. They were like kings in their kingdoms, and are losing control as all the steps that need to be taken are now 100% transparent for management to see.

Sulzer is one of ROTEC’s best known partners, and started working with the Moscow-based company in 2016. It has a “huge number of long-term service contracts,” according to Dmitriy Maslov, sales & marketing director for Sulzer Turbo Services Rus, LLC. 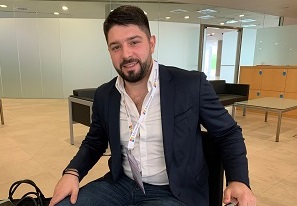 In this market, he says “you have to be very efficient. It means planning and transparency. We know the condition of each machine, we know what to expect when we open it up. If a bearing is needed, and isn’t in stock, it can take up to four months to manufacture. Power plants can’t be closed down because of the risk to customers, so with PRANA each decision is customised.

As Maslov says, “It’s transparency for us, our goal is to help the customer be efficient. On the Siemens gas turbine V94.2 we have decreased the machine outage period by up to 20%. We prepared the parts for the customer that we could see would be needed. It normally takes two weeks to deliver a part, and when we had the part ready on site the customer said ‘It’s like magic’.” 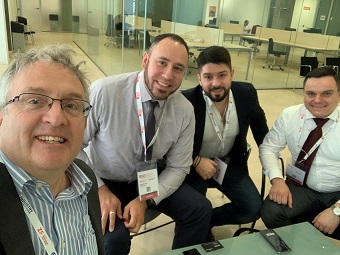 (From left): Jeremy Cowan, Alexander Levin, Dmitriy Maslov and Maxim Lipatov. “When we had the part ready on site the customer said ‘It’s like magic’.”

Maxim Lipatov of ROTEC comments, “In one turbine and combined cycle plant there were 20-30 shutdowns of every unit per year. Now they are all planned and there is a maximum of 10 shutdowns.”