On 16-17 of April, Sochi hosted a meeting of chief energy engineers which, by tradition, coincided with the International Exhibition on Industrial Safety and Labor Protection SAPE-2015. The events were supported by the Russian Energy Ministry.

The meeting was attended by Energy Ministry officials, among them - Deputy Energy Minister Andrey Cherezov, SO UES, Rostechnadzor, managers and chief engineers of generators and grid companies as well as representatives of power engineering companies. At the meeting in Sochi ROTEC was represented by Olga Starshinova, Deputy General Director for Sales and Marketing, who made a presentation to the meeting highlighting the issue of availability of power facilities. 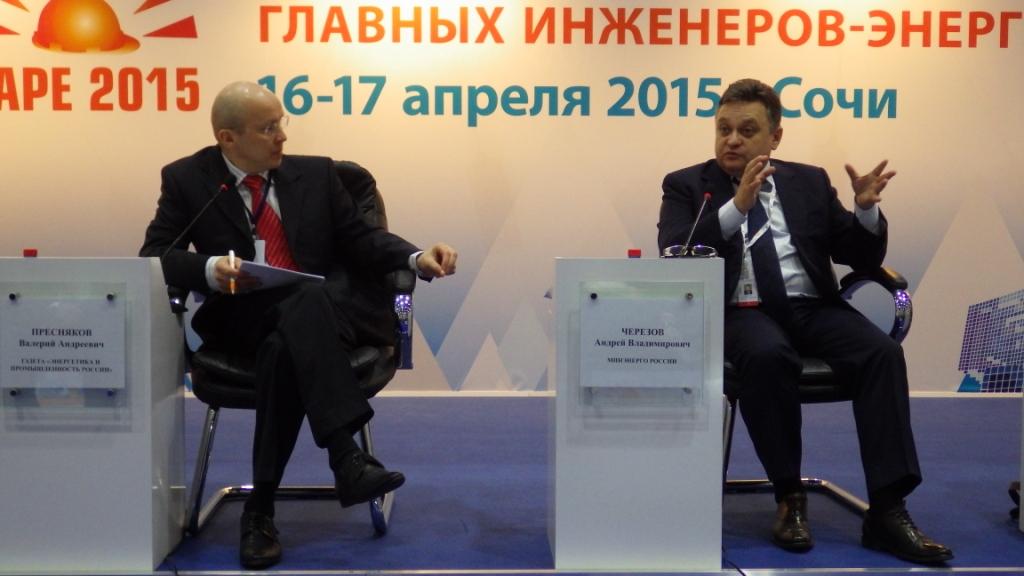 Speakers and attendees discussed the changes to the electricity legislation, issues relating to the commissioning of equipment at new build and retrofit facilities, power supply of top-priority facilities (using the example of the 2014 Olympic Winter Games) and mothballing of generating capacity. The issues of equipment condition monitoring, servicing and repairs formed a separate part of the agenda. Urgent issues of import substitution and energy security of the Russian Federation were also discussed.

Olga Starshinova, ROTEC Deputy General Director for Sales and Marketing: "We can fairly say that it was an informative and opportune event. For us, it was interesting to discuss the upcoming trends in the gas turbine availability control, which include the application of remote controls to monitor the condition of turbines, plan the time and content of repairs, predict the behavior of equipment and take measures to prevent accidents. Remote monitoring by foreign manufacturers of gas turbine equipment under LTSA gave way to one in which Russian experts are involved. For this purpose, ROTEC established its own Performance Center, which runs a number of projects in the energy sector."