Svetlana Kapanina, a Russian pilot, has once again demonstrated her supreme performance by taking gold and All-Round Individual European Championship in Stunt Flying. Her two stunts got the top score of the referees, the other two won silver and bronze. 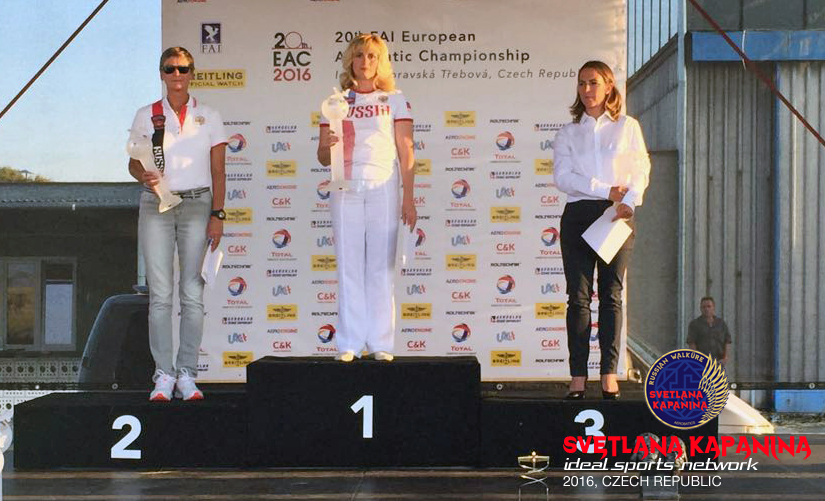 Svetlana Kapanina is the most award-winning woman-pilot in the world: she has won global championships 39 times, all-round global individual championships 7 times, she has also been a champion of the World Air Games 8 times and an all-round champion of this event twice. Svetlana has won 57 medals in diverse global championships, including 39 gold medals. Her collection boasts over one hundred awards of various kinds. The International Aeronautical Federation appreciated Svetlana’s track record by giving her a personal medal and naming her the best pilot of the century. In December 2014, the President of Russia Vladimir Putin awarded Svetlana an Order of Courage.

We are happy to be Svetlana’s partners, share the sky and the passion for planes with her.