On October 25, a presentation was given on the Albatros project at Skolkovo Technopark about the creation of an airplane with an electric power unit capable of powering a non-stop flight around the Earth with solar energy. The project was presented by its manager Mikhail Lifshitz and well-known Russian traveller Fyodor Konyukhov. The flexible solar modules and hybrid system for storing solar energy for the plane were designed by the TEEMP company, a Skolkovo resident. 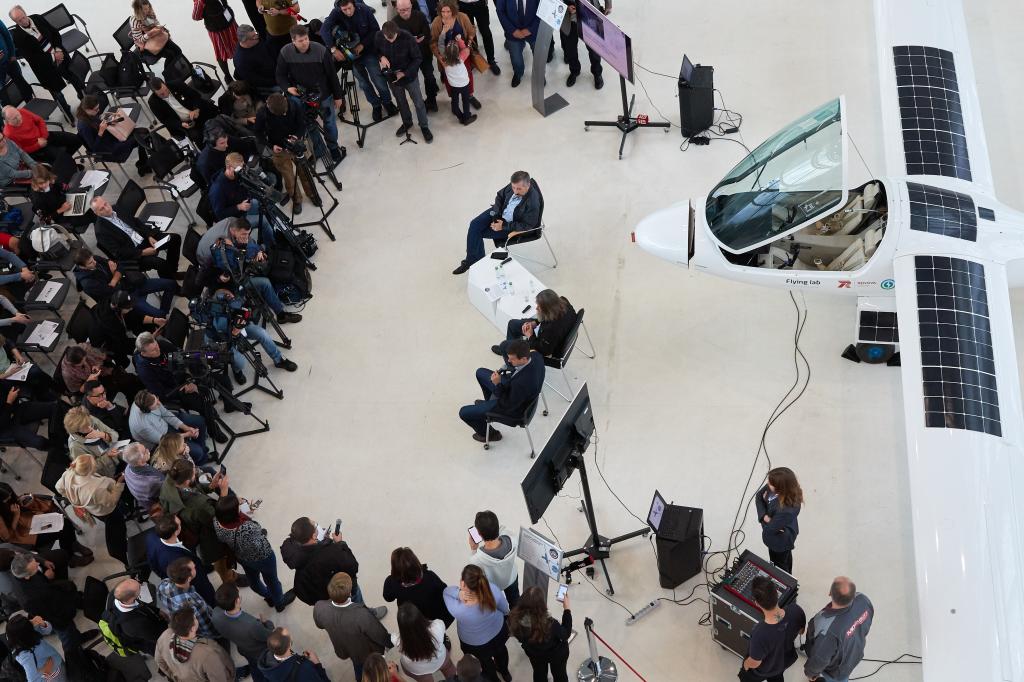 The authors of the Albatros project are planning to take the first-ever non-stop solar-powered flight around the world in 2020. To construct the plane, a first-of-its-kind photovoltaic flying lab has been created – the method of generating electricity by using solar elements to transform solar energy into electric energy. The lab presented today in Skolkovo will collect unique data during flights through Russia's various climate zones on the operation of the solar modules and the hybrid power unit that is based on supercapacitors and lithium-ion batteries.

The authors of the project are Mikhail Lifshitz, Chairman of the Board of Directors of ROTEC JSC and TEEMP LLC, and Fyodor Konyukhov, a writer, artist, and well-known Russian traveller who has already flown around the Earth by hot air balloon. He will be the one to pilot the plane on its record flight around the Earth. 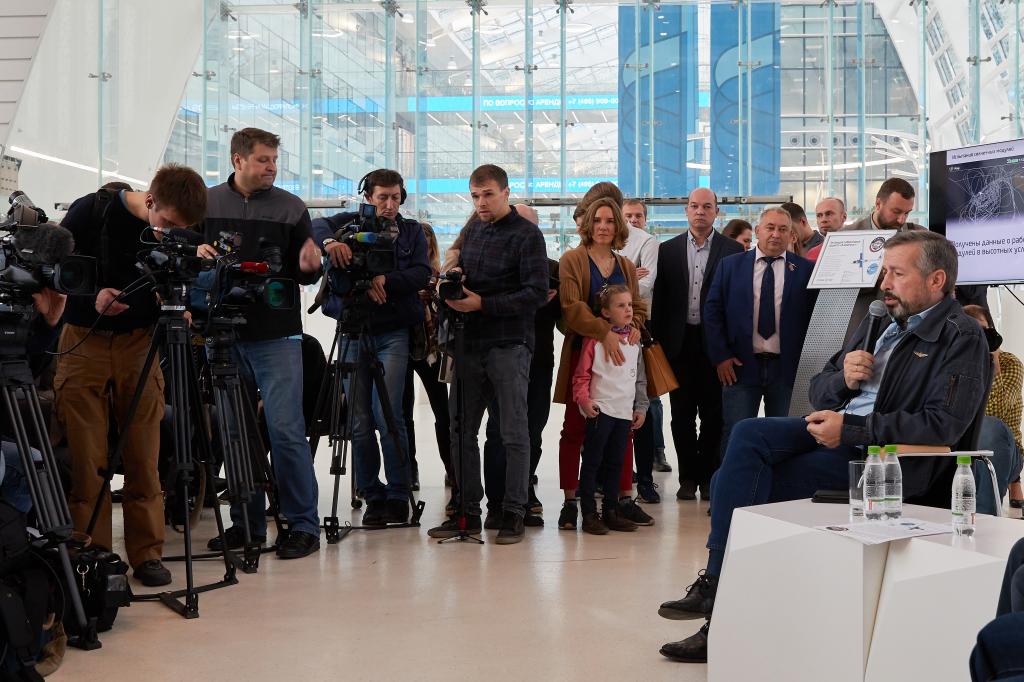 Mikhail Lifshitz, Chairman of the Board of Directors of ROTEC JSC, the Albatros project leader said: "A flight around the world using solar energy is an ambitious goal. To reach it, we are designing a whole complex of technological solutions. The first flying photovoltaic lab in the world is an important step in this process. We face a question now: how much energy will we collect on the flying vehicle in its different positions relative to the sun at different latitudes and at various times of day, and under different conditions from the underlying surface? There is no systemic response to this question. To design an airplane correctly, one should have a calculation base. So for this purpose, we've created a flying lab. This stage of our project is unique in and of itself. 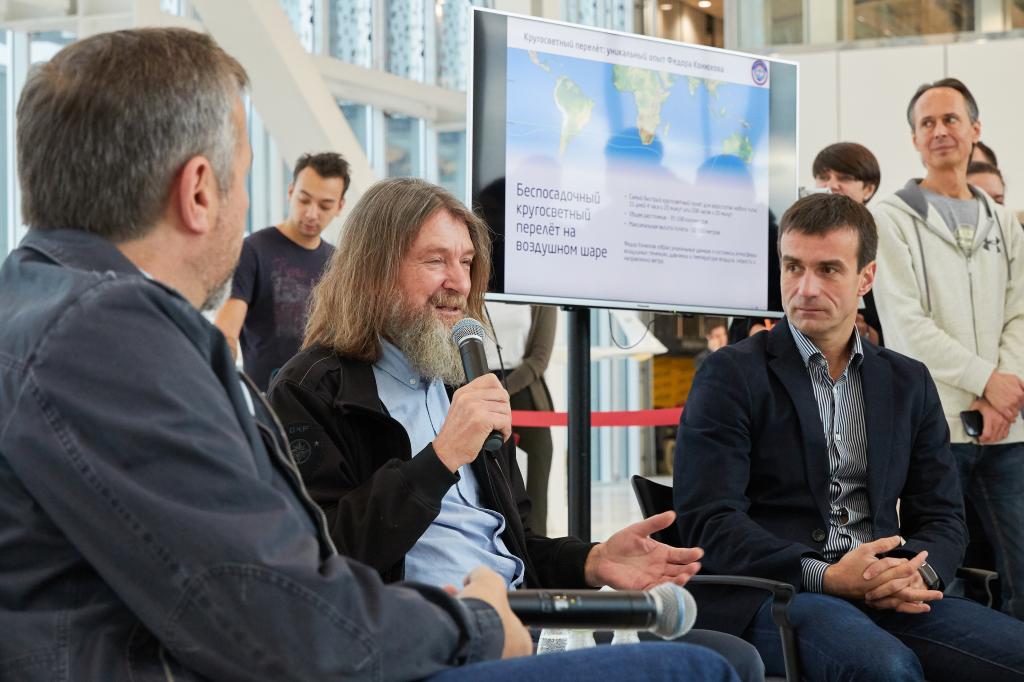 Fyodor Konyukhov, a traveller and pilot for the Albatros project: "The sky is the fifth ocean which can be conquered only by the most intelligent explorers. So the flight around the world is not an easy task even for an experienced pilot. We are going to undertake test flights in the Moscow region, Elbrus region and other regions in Russia, which will allow me to obtain the necessary piloting skills and to check the plane. We have a lot of work in store!"

As a part of the project, a Skolkovo resident TEEMP has created flexible solar modules and a hybrid power unit, based on lithium-ion batteries and supercapacitors of its own design.

Sergey Kurilov, CEO of TEEMP: "The flexible modules have an efficiency factor of over 22% and are able to capture both direct and reflected light. It is precisely these modules, which are installed on the flying lab. Moreover, we are conducting tests of highly efficient hybrid energy accumulators based on lithium-ion batteries and TEEMP supercapacitors. As a result, we'll have the technologies to create electric power units for various use from autonomous aviation to robotic engineering."

Oleg Dubnov, Vice President and Executive Director of the Skolkovo Foundation cluster of Energy Efficient Technologies noted: "Such an ambitious project as a flight around the world on an innovative flying vehicle could only have been conceived by a team of determined and motivated professionals. It's all the more pleasant to note that Skolkovo played a role here and became a platform for getting such different and vivid personalities acquainted and cooperating with each other. It is also important to note that the Albatros project is based on designs which were previously supported by the Skolkovo Foundation. TEEMP accumulators are progressive highly-efficient solar panels, which were once just an idea that evolved from Skolkovo platforms. Now, these are ready-to-use, competitive products, in demand in traditional markets for energy and transportation, both in Russia and abroad. The Albatros project is important for promoting innovative products and advertising green technologies. In perspective, we can see the Albatros project as an independent product for the markets, and there is a good reason for world giants like Google or Amazon to look for platforms for services delivered from "the air."

The flying lab presented at Skolkovo was created on the platform of a Stemme S12 airplane and has the following characteristics:

The flexible solar modules are installed on the upper and lower surfaces of the wing, chassis cover and the upper part of the flying lab's fuselage. Also, a supercapacitor energy accumulator is installed on the flying vehicle, which protects the lithium-ion accumulators from high loading, premature wear and thermal runaway. As a trial, an electric heater has been installed in the cockpit, which maintains a comfortable temperature inside the plane during long-distance flights at high altitudes.

It is assumed that the flight around the world will be at an altitude of 12-14 km, and an average speed of 210 km/h. The plane will cover 35,000 km within 150 hours – it will fly over Australia, New Zealand, Chile, Argentina, Brazil and South Africa. 80% of the flight will take place over the waters of the Pacific, Atlantic and Indian oceans.

The successful implementation of the project will become a stimulus for developing new aviation technology based on electric systems for movement. The technologies designed during the project will allow autonomous flying vehicles ("atmospheric satellites") among other things to be created. They might be used for organizing communication networks, high-quality photography, shooting the surface of the Earth, and for monitoring forests, farmlands, pipeline systems and other infrastructure facilities.

Skolkovo Foundation is a non-profit organization created in September 2010 per the initiative of the President of the Russian Federation. The goal of the Foundation is to create an ecosystem that is favourable for developing entrepreneurship and research in the fields of: energy efficiency and energy conservation, nuclear, space, biomedical, strategic computer technologies and software. The Foundation manages the Skolkovo Innovation Center, which is regulated under a special law that grants special economic conditions for startups, which have passed a particular external technological expertise (there are currently over 1,800 of them). In 2017, the companies participating in Skolkovo yielded total profits of 79 billion rubles, with 250 billion rubles in cumulative profits over the 8 years the project existence. Around 30,000 people work at startups, over 5,000 of whom work at Skolkovo. Over 1,300 designs and technological solutions have been patented. A research university called the Skolkovo Institute of Science and Technology (Skoltech), created and functioning under the support of the Massachusetts Institute of Technology, is an important part of the Skolkovo ecosystem. The construction of the Skolkovo Innovation Center (including the Technopark, University, Gymnasium, railway and engineering infrastructure) was completed using Federal budget funds. About 500,000 sq m have been put into operation. This number will double within the next 3 years. Website: www.sk.ru

ROTEC JSC is a company which pursues the following lines of business activity: the PRANA system for forecasting the state of industrial equipment; designing, engineering and general contracting for constructing energy and other infrastructure facilities; developing and producing highly efficient energy accumulation and storage systems based on supercapacitors; manufacturing, modernizing and maintaining basic power equipment. Website: www.zaorotec.ru

TEEMP (The partnership of energy and electro-mobile projects) is a Russian designer of electric storage and accumulation systems. The company was established in 2011. It is a resident of the Skolkovo Foundation and conducts research at the Innovation Center. The original construction of a flat unit in a laminated frame suggested by TEEMP enabled the creation of the supercapacitor modules and set a record for global market indicators. Using supercapacitors, the company designed a unique all-weather system of guaranteed electrical actuation for heavy cars.