News subscribtion
RU
Close
Press about us The equipment needs to be treated with respect. Interview for the "Business of Russia" web portal, October 2014. 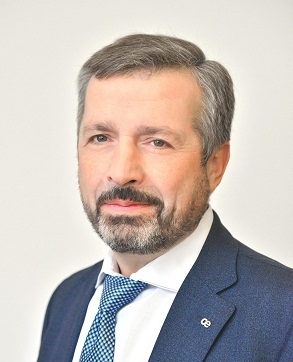 The Russian power-generating sector is now actively engaged into the process of the new facilities commissioning  - but not only traditional, but also the alternative ones. Mikhail LIFSHITZ, the ROTECcompany CEO, speaks about the current role of the power plant engineering and about solution finding for the new challenging tasks of import substitution process.

- Mikhail, it was announced that in 2014 ROTEC is taking part in projects dealing with new capacities commissioning in Russia and abroad. Judging from your experience, what knowledge and technologies are in demand on the power generation market today?

- Within this year the Ural Turbine Works, which is a part of ROTEC holding company, will manufacture 15 different turbine units both for Russian and foreign power plants. We have participated in construction of the new power generating units in Vladimir, Kirov, Izhevsk, Barnaul and some other cities. We also have several joint projects with Kazakhstan generation companies. Besides, we are now in the middle of construction of the new power unit at Ulan-Bator power plant No.4 in Mongolia. This is the largest export contract since 1991 for power unit construction carried out without any state financial support. Nowadays having had a certain relationships time-out we also resume our cooperation with Belarusian power generation plants.

Speaking about new trends in energy generation industry I should mention the steam-and-gas turbine combined cycle that currently provides the highest output efficiency. In order to keep up with modern technology the Ural Turbine Works' engineers have designed a special turbine that allowed for operation in such a combined cycle. In the three years we have manufactured 10 steam-and-gas units.

In terms of knowledge base, I can say that today both power generation and machine building industries struggle with the certain lack of experienced personnel. The last years brought in reforms and restructuring of the industry together with a competence gap: the old mature team has retired, while the younger specialists didn't reach the expected level of competence. We now face this lack in the manufacturing industry, in the sphere of operation and maintenance of the complex and hazardous equipment. It is easier today to find a young specialist to work at a computer-operated unit rather than at a turning mill machining the turbine casings. It takes not less than five to seven years to prepare an experienced operator for such an equipment.

- How does your company ensure the environmentally friendly and energy-efficient operation?

Environmental safety and energy efficient performance indeed are complex and at some point incompatible issues. You would probable agree that the most eco-friendly lifestyle would imply living in a shelter made of straw and sticks, which is, mildly speaking, not very energy efficient.

Of course, we are not isolating ourselves from the outer world and the common sense, and definitely take into account the acting normative documents and regulations of the industry. Moreover, we have developed a set of corporate rules - a technical policy that promotes the highest level of performance, safety and energy efficiency.

We have plenty of instructions, and together with that the general working culture should not be underestimated.   The first thing that we renovated at the Ural Turbine Works were the locker rooms, WCs and canteens.  We used to have a cold and gloomy building on the territory of our plant that hosted an engineering center and various technical and supporting services.  After we did the renovation and relocated the personnel to the main office, the team seemed to look much more content.  At the same time we have restructured our manufacturing facilities, organized a linear production technology, modernized the main equipment. We have invested circa 1 bln RUR into this program and we still have more issues to take care of.

- The competition within the industry is rather high. What is your unique advantage?

- Speaking in numbers, the Ural Turbine Works annual production volume equals to 200 mln USD, while the service carried out by ROTEC is sold for about 100 mln USD. The turnover is not as large as the competitors', but we can be proud with the fact that practically each year we introduce a new product to the market. These are the previously mentioned steam turbines for steam-and-gas power generating units, and the turbines for marine vessels. It is difficult to maintain such a demanding tempo, because turbines have a rather long production cycle that cannot be significantly altered.

As for the maintenance services, the key approach for us is the due attitude towards the serviced equipment. We are dealing with complex equipment that requires lots of attention and respect and that can, so to say, take revenge for not  being treated properly.  Our business is based on this philosophy and understanding that the equipment shall always be in a perfect working condition - with no excuses or minor problems.

We are trying to convince our employees that there are no minor issues in our business. This is much more important than plain competition in pursuit for faster servicing or insignificant output increase.

- One of the burning issues of today is the replacement of the outdated equipment. How many of such projects do you have?

- Modernization of the energy generation sector constitutes a large and promising market. Still, the demand is withheld.

The turbines produced by the Ural Turbine Works possess one important advantage - they are very reliable and can be operated for decades. The turbines that were built in 60-s, 70-s and 80-s of the past century still work and produce electricity.  Some generating companies even fell under the impression that these turbines have an eternal resource. But as a matter of fact it is high time to renew this equipment.

Nowadays the large power generating companies use up the major bulk of their resources for developing new capacities under power supply agreements, which moves aside the equipment modernization task. It will take some time to get the new power-generating units working. The power producing companies will receive profit that in its turn can be spent on the equipment fleet modernization.

From its first day the Ural Turbine Works has produced more than 500 power turbines and more than 200 of them require urgent renovation.

ROTEC certainly has several such projects, but rather few. Usually the renovation allows to leave untouched the foundation, piping and sometimes even the casing of the turbine. The renovated part is the flow path - the technicians install new remodeled blades, sealing, bearings, new control system that give the turbine better output characteristics just like if it was new. There are projects when a completely new turbine is installed onto the old foundation. Thus, the Customer doing the renovation has an opportunity to leave the old piping system and avoid additional expenses for the construction of the new unit.

- To your opinion, how noticeable is Russia's technological inferiority in the field of steam and gas turbines production and manufacturing.

- I cannot say that we’re are really inferior in terms of steam turbines production. The steam turbines are produced by three Russian plants: in Kaluga, Saint-Petersburg and in the Ural region. In terms of cogeneration turbines, our human resources are highly experienced - that is why, for example, the new Mongolian power generating unit with 130 MW capacity is being constructed by us and not by Chinese or European specialists.

Still, there are not that many gas turbines in Russia like one might expect. This is surprising and sad. There is certain movement in this direction - for example, Siemens is now building a gas turbine manufacturing plant in Saint-Petersburg. In general, I should say that the demand for gas turbines is not that high - not only in Russia, but also over the world. Joint manufacturing capacity of the key world players is 360 turbines per year - with only 140 turbines having been sold last year.

ROTEC provides the maintenance services for the gas turbines and is also planning to start the production of the spare parts. While in operation the turbine wears out almost all parts: rotor elements, nozzles, blades, fire chambers, etc. We are working in this direction with our Swiss colleagues from Sulzer company. Today our company provides maintenance services for more than 20 powerful GTUs installed at the Russian power plants.

- ROTEC has created a remote monitoring center for power equipment having implemented unique software. What new features does it have?

- In past the power plants hosted lots of servicing personnel that now has been significantly reduced due to new implemented technologies, including new management technology. It is not common today to have all sorts of technical specialists employed at the power plant. During my recent visit to Italy I was pleasantly surprised to see that the 450 MW power  generating unit is operated and serviced only by 16 people.

Today, instead of a large team of technical specialists one can use a multipurpose server with special software that can control the turbine operation flow and forecast possible malfunctions.  Based on the data coming from multiple sensors the system controls current operation modes and produces on-line recommendations for the operator to avoid dangerous situations. The system also monitors the equipment residual operation life and advises on scheduled overhauls terms.

The most important thing is that our system uses the forecasting modeling method for recognizing the signs of possible malfunction and prepares the personnel by indicating the possible problems via red alert signals.

Our monitoring center in located in Khimki town, that is near Moscow, and from that location it can control the power units that are thousands of kilometers away.

- What can you say about the development of solar energy production in Russia?

- The Renova Group that is part of ROTEC holding does not only consider this a promising sphere, but also directly takes part in renewable power capacities development. Last year we have built the first small solar power plant in Yailyu village, Altai region. This September the first Russian large solar grid power plant, 5 MW, was commissioned in Kosh-Agach region, Altai Republic. This site was the first project built within the Russian Government program supporting the renewable power sources development. A network of solar power plants with general capacity of 95 MW is being built in Orenburg region.

Moreover, the Hevel company - a joint project of Renova and ROSNANO - has started in Novocheboksarsk its own production of the solar modules with total annual capacity of 100 MW, and we also expect to bring this modules out to the export market.

The fact itself that Russia has developed a new industry is already a success. Still, we should take a balanced approach to any new opportunity. We know that in Germany the rapid growth of alternative power resources has almost left the conventional energy sector bankrupt. The same problem can be seen in other European countries. That is why I think that balance is important.
© 2020 JSC "ROTEC". All rights reserved.
15, Nikoloyamskaya, 109240 Moscow, Russia