Ural Turbine Works (ROTEC Holding) has manufactured and delivered to the customer the first of the three steam turbines for a thermal power plant being built in Kaliningrad Region. The member of the Board of Directors - Head of Engineering at InterRAO PJSC Yuri Sharov and General Director of UTW Igor Sorochan attended the turbine handover ceremony. 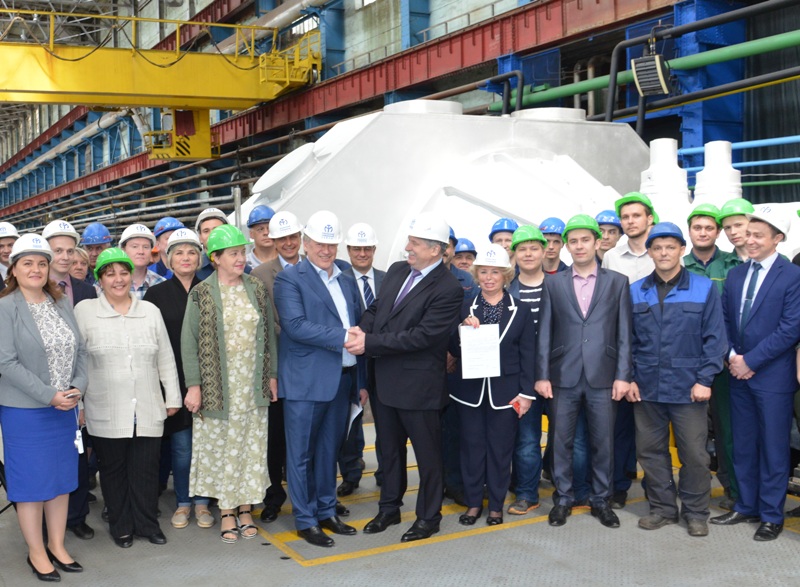 К-65-13.0 Steam Turbine is one of the latest developments of Ural Turbine Works. This is an efficient turbine with high maneuverability and average capacity rated at 65 MW.

The turbine is designed to operate as a single-cylinder unit with proprietary structures and engineering solutions: the turbine features integrally-machined blade assemblies, cutting-edge materials, in particular with martensitic class high-chromium steel, and a regulating system based on high-performance microprocessor technology. The К-65-13.0 turbine is mainly designed to generate electricity in condensing mode, but the turbine design also features additional steam taps to cover auxiliary and heating needs. The modern design ensures low fuel consumption for these types of equipment.

UTW will have completed the manufacturing of another two turbines for Kaliningrad Generation by the end of 2017. 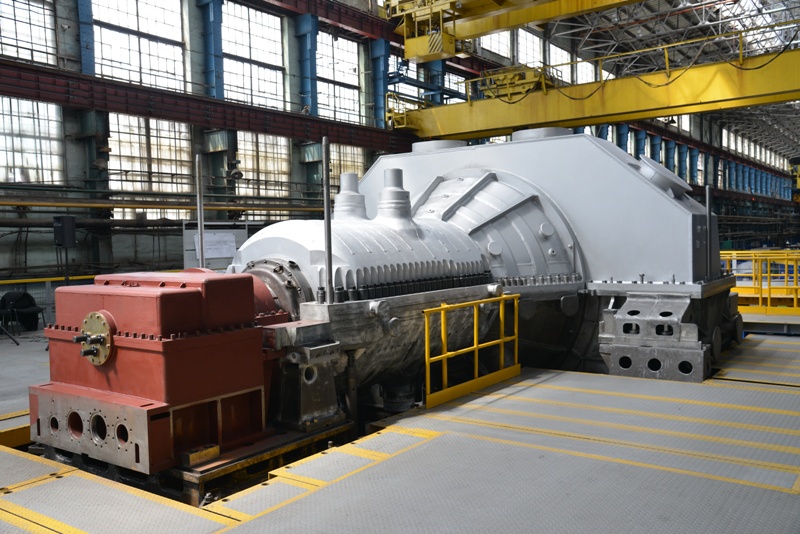 The own generation is of paramount importance in ensuring energy security in the Kaliningrad Region: Should cross-border power and gas supplies from the neighboring countries be interrupted, the westernmost region of the country risks ending up in an energy blockade. Four power plants with an overall capacity of 1 GW are expected to be brought on line by 2019. Construction is conducted by Kaliningrad Generation LLC - a joint venture of Rosneftegas JSC and InterRAO PJSC.

InterRAO Group (www.interrao.ru) is a diversified energy holding with presence in various segments of the power industry in Russia and abroad. The Company is Russia's leading exporter/importer of electric energy actively expanding its presence in the generation and retail segments as well as developing new businesses.

The strategy of InterRAO is focused on creating a global energy company - one of the key players on the global energy market, setting new efficiency standards in the Russian power sector. The installed capacity of the power plants incorporated in and managed by InterRAO Group is approximately 32.5 GW.

Ural Turbine Works JSC (www.utz.ru) is one of Russia's leading machine-building works which designs and manufactures power equipment. Today this enterprise, established in 1938, specializes in the production of steam turbines as well as in the servicing and modernization of steam and gas turbines. It is a member company of ROTEC Holding.