The results of the TechUp rating among Russian high-tech companies have been summed up. Ural Turbine Works (ROTEC Holding) ranked among the top companies as a rapidly growing major company and a high export capacity enterprise. 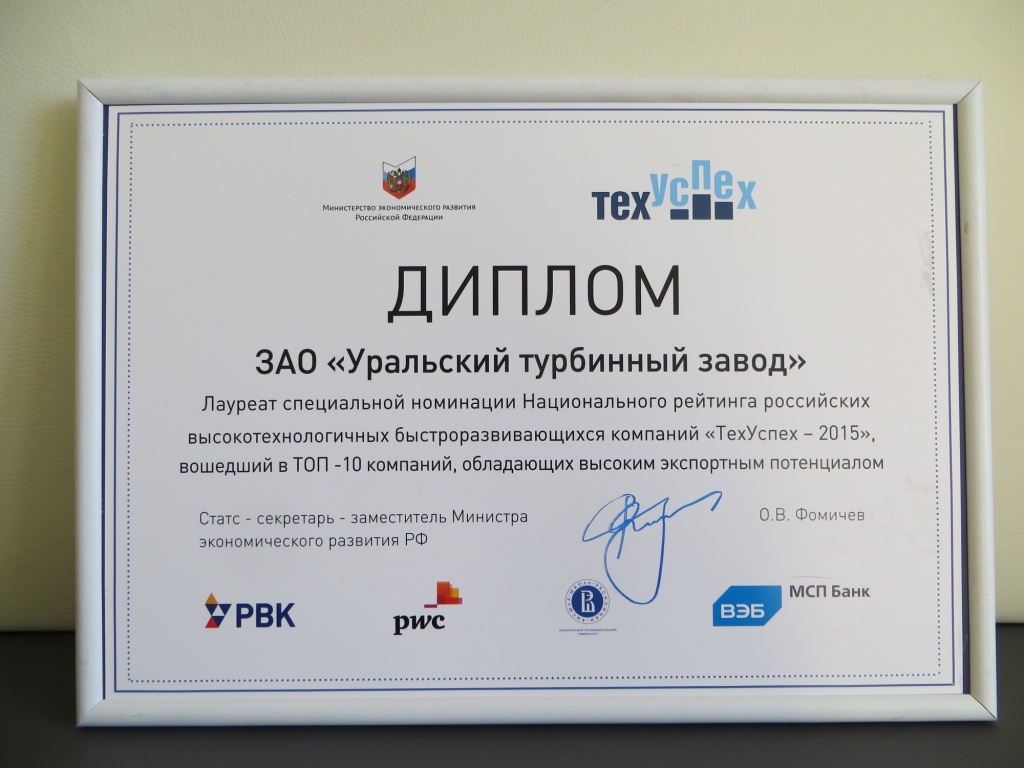 Since 2012 TechUp rating has been conducted annually, and this time its main organizers were the Ministry of Economic Development of Russia, Russian Venture Company and the Association of Innovative Regions of Russia. Russian companies were evaluated following a methodology developed by PricewaterhouseCoopers (PwC), a renowned international audit company.

TechUp considers a company successful if it has a significant revenue and growth dynamics, produces high-tech products, and is competitive not only in the Russian market. Most companies (72 percent) in the rating sell their products overseas.

In 2012-2014 Ural Turbine Works had managed to increase its revenue by 49%, and the share of the new and significantly improved products in the total revenue amounted to over 94%. Practically every turbine manufactured by UTW is a new high-tech product. During this period, the company implemented 36 projects in Russia, Kazakhstan, Belarus, Mongolia, and Serbia.

The TechUp award ceremony took place within the framework of the Open Innovations Forum which is being held now in Moscow.

It is worth noting that it is not the first time Ural Turbine Works is honoured with a major award. In June 2015, the company became one of the winners of The Development Award — a respectable national award — for its successful project in Mongolia.