The turbine T-120/130-130ПР2 produced by the Ural Turbine Works (ROTEC holding) was put into operation at Pavlodar CHP-3 after in-depth modernization. This is already the 5th turbine, manufactured by the UTW, commissioned at the station. Thus, the turbine room of CHP-3 has been updated by 90%, the plant capacity has increased to 555 MW. 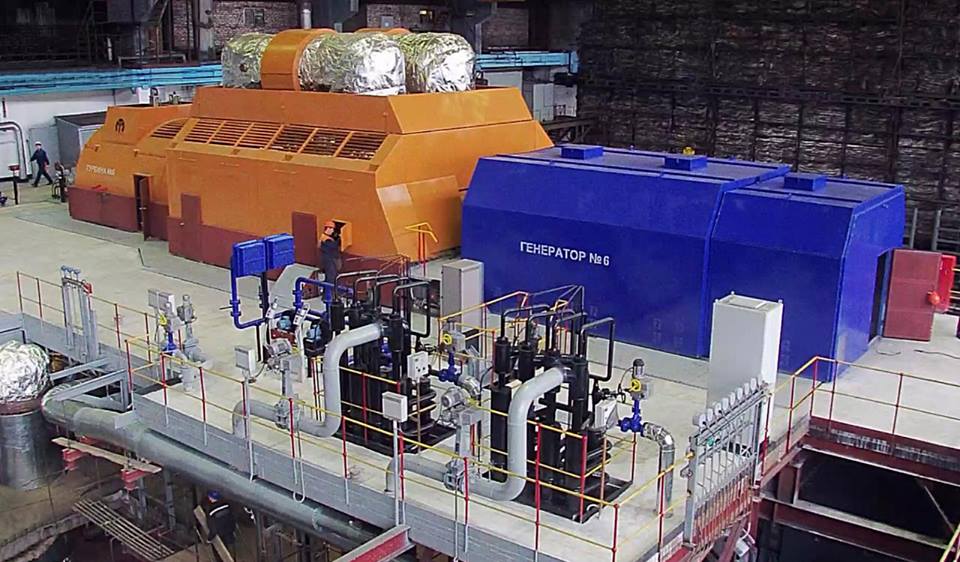 Modernization of the T-100 turbine, as well as two other similar turbines earlier, provided for the replacement of high and medium pressure cylinders, which had reached the end of its service life, and the improvement of the blade system. As a result of the modernization, the equipment life was restored (one turbine makes up 220 thousand hours — it is about 30 years), the electrical capacity increased by 20 MW. After commissioning, the turbine received the marking T-120/130-130ПР2.

The modernization of the Pavlodar CHP-3 capacity is part of the investment program of Central Asian Electric Power Corporation JSC, the largest private company in the field of electric power industry in Kazakhstan. For CHP-3, in addition to three T-120/130-130ПР2 turbines, which have undergone in-depth modernization, the UTW supplied two new ПТ-65/75-130/13 turbines, put into operation in 2011 and 2015. The renewal of the plant capacity will provide the city with increased heat and electricity needs, which will contribute to the successful development of existing and new business projects, as well as improving the energy supply to the residents of the region. Modernization will affect not only the amount of generated energy and heat, but also the reliability of the station in a wide range of loads with improved environmental performance.

PAVLODARENERGO JSC (www.pavlodarenergo.kz) is a vertically integrated energy company engaged in the production, transportation and sale of electric and heat energy in the Pavlodar region. It is part of the integrated energy holding Central Asian Electric Power Corporation JSC, Pavlodar CHP-3 is one of the largest thermal power plants in Kazakhstan, it supplies electricity and heat to the city of Pavlodar, the regional center where large metallurgical and oil refining enterprises are located. The main consumers are the oil refinery (first of all, the station was built at the proper time for it) and other enterprises located in the free economic zone.