On May 29, 2015, an inspector of the Russian Maritime Registry of Shipping put the Registry's stamp on a number of components and parts of the steam turbine unit designed for the universal nuclear icebreaker Arktika. Earlier on, the components were accepted by the customer Kirov-EnergoMash. Now all products are ready for shipment to the customer. 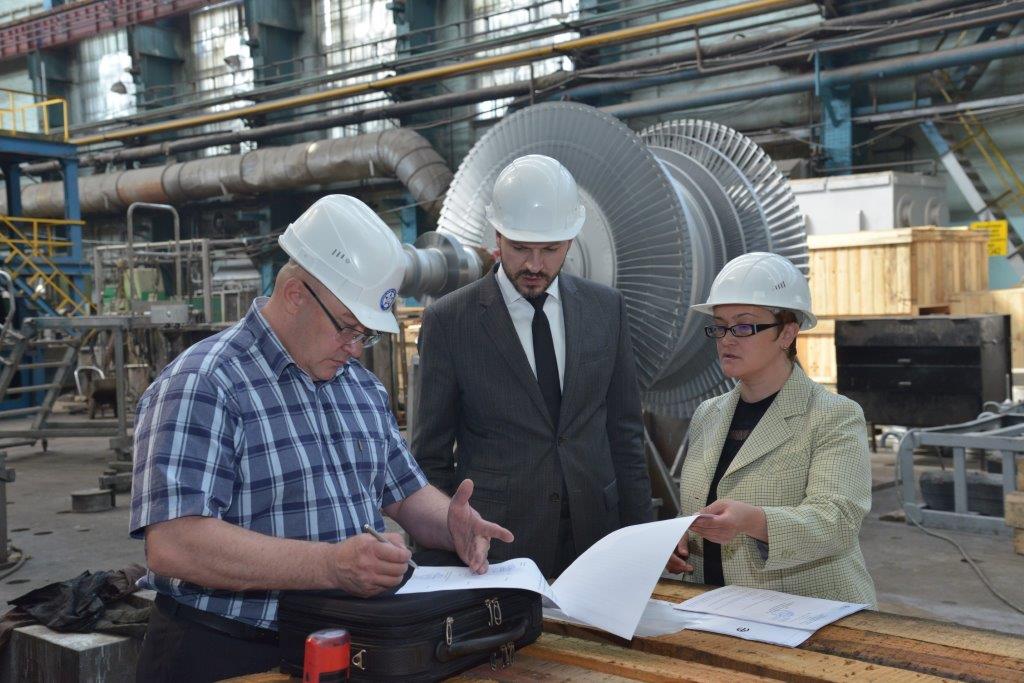 The contract for manufacture and supply of equipment was signed by Ural Turbine Works (ROTEC Holding) and Kirov-EnergoMash in December 2013. The scope of delivery includes LP cylinders and condensers designed for two steam turbines of the nuclear icebreaker.

– Since January we have carried out technical supervision over fabrication of these turbines. It was inspected and monitored carefully at every stage as the Maritime Registry's requirements are quite stringent. We can state that all the tests and procedures were performed in accordance with the Rules and Regulations for the Construction and Classification of Marine Vessels and approved technical documentation, said Alexander Yudaev, Chief Supervising Engineer of Nizhny Novgorod branch of the Russian Maritime Registry of Shipping.

According to RosAtomFlot's approved plans, the first universal nuclear-powered icebreaker for which UTW manufactured equipment will be tested and put into operation at the end of 2017.

Ural Turbine Works was originally designed to produce turbines for ships, and at the same time it mastered the manufacture of steam cogeneration turbines. UTW mastered the production of marine turbines of 16 and 22 MW, with the total of only 69 units produced. In 1951, a team of UTW workers was awarded the State Prize for radical improvement of mass production technology for high-power turbines (as marine turbines were referred to at the time). Currently, UTW's strategy envisions the development of production of equipment for power-generating units of ships along with the production of steam turbines for power plants which have now become UTW's main products.