Yekaterinburg, 10.02.2017. Ural Turbine Works (controlled by ROTEC, part of Renova Group) has released the first next gen steam turbine — Т-295/335-23,5. With the maximum capacity of 335 MW, this turbine is considered the largest in the world in terms of steam tapping. Remarkably, it was developed and produced in less than three years. The turbine to be installed at CHPP-22 owned by Mosenergo PJSC in Dzerzhinsky, Moscow Region, is expected to generate heat for about 100,000 households.

The ceremony of turbine delivery, which took place today in Yekaterinburg, was attended by Evgeny Kuivashev, Governor of Sverdlovsk Region, Aleksey Teksler, First Deputy Minister of Energy of the Russian Federation, Viktor Vekselberg, Chairman of the Board of Directors of Renova Group, Sergey Lenyov, Deputy Managing Director and Chief Engineer of Mosenergo PJSC, and Mikhail Lifshitz, Chairman of the Board of Directors of Ural Turbine Works JSC (UTW). 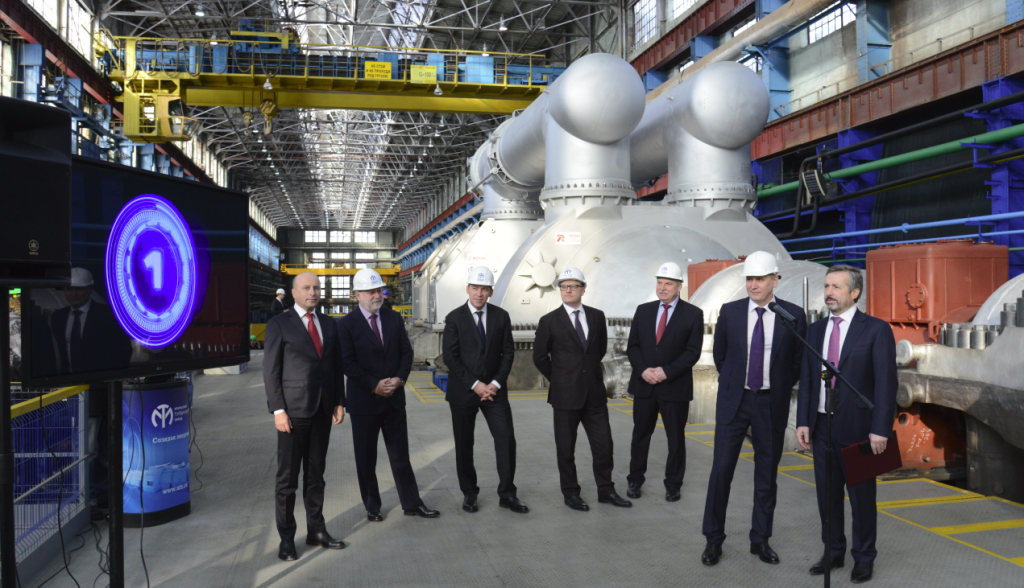 T-295 is the first Russian turbine equipped with all facilities required for connection to PRANA intelligence prognostic system. PRANA receives sensor readings and can detect faults and warn of probable equipment failures 2-3 months before their occurrence.

The cutting edge techniques of digital simulation and analysis enabled UTW designers to increase the efficiency of some stages of the new turbine unit up to 92% and of the entire unit up to 40% (condensing mode). The state-of-the-art materials used in the manufacture of the turbine ensure internationally unparalleled reliability, safety, and efficiency.

This new model will replace T-250 turbines, which are getting overaged, to become to key generator of heat and power for the largest cities in Russia. 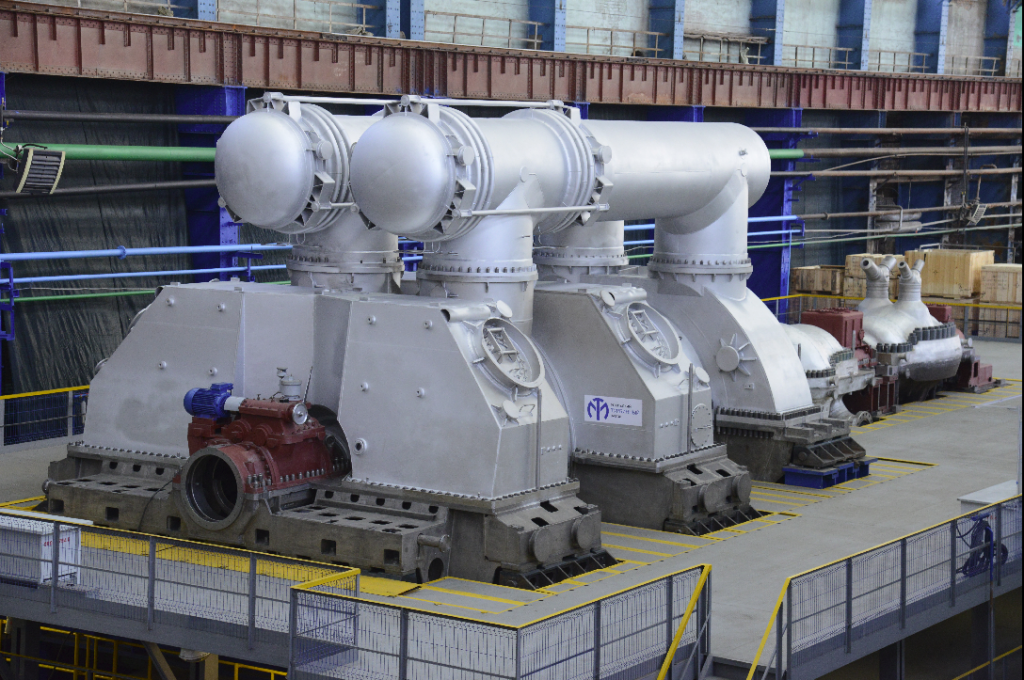 “Each new piece of equipment produced at Ural Turbine Works is an attempt to dip into the future, into the day when such equipment becomes a standard. T-295 turbine is a great example — underneath thousands of parts and hundreds of tons of the strongest metal are elegant technical solutions, exact calculations, and rigorous brainwork. A new ex-works turbine is ready for the next industrial revolution — the digitalization of the economy. T-295 will be connected to our PRANA prognostic system. What we do is create a new technological standard in the power industry making equipment reliability a manageable parameter,” explains Mikhail Lifshitz, Chairman of the Board of Directors of Ural Turbine Works JSC.

“Historically, it was Ural turbines that provided Moscow with heat and electricity. This new machine is to replace T-250 turbines that had been installed since 1970s in large cities. For over 40 years of service, they have proven to be reliable and efficient but they are going to reach their ultimate life soon. I believe Ural Turbine Works has produced a worthy replacement, and T-295 turbines will serve nothing less,” says Sergey Lenyov, Deputy Managing Director and Chief Engineer of Mosenergo PJSC.

Fresh steam and reheat steam temperature reaches 565°C, therefore to enable parts to work under such conditions they need to be produced with martensitic steel with high chromium content. This solution increased the predicted life of such parts up to 250 thousand hours. In addition, the turbine is equipped with a noise insulation system with unparalleled efficiency that can reduce noise by 70 dB. 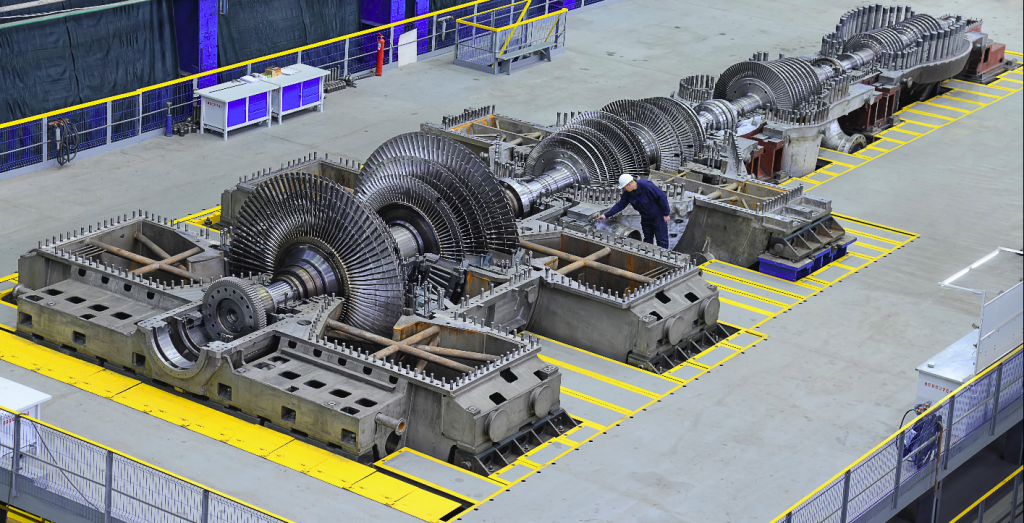 ROTEC JSC (www.zaorotec.ru) is an industrial holding company and a part of Renova Group. The company performs maintenance servicing of gas and steam turbines, produces power equipment, provides engineering services, and develops a number of high-tech projects in various sectors of industry, including power plant engineering, aviation and automotive industry, and energy accumulation and storage systems.

Ural Turbine Works CJSC (www.utz.ru) is one of the leading machine-building plants in Russia in the design and manufacture of power equipment. Founded in 1938, it is today a part of ROTEC Holdings. UTW specializes in manufacturing of steam turbines, as well as in the maintenance service and modernization of stream and gas turbines.