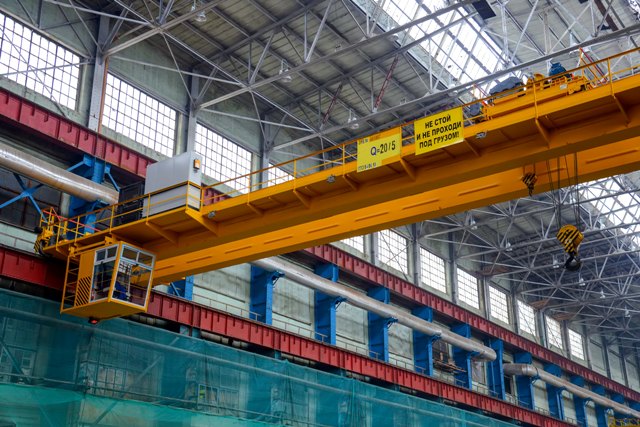 As a result of modernization, the crane was equipped with additional up-to-date features. For instance, a radio-control system was installed. Now it became possible to run the crane not only from the operator's cabin, but also staying directly near the cargo being handled. This allows increasing carrying through-put in cargo transporting and, which is most important, providing for enhanced safety during operation. Due to the system of weight measuring at the cargo being lifted, more accurate calculation of loads can be made which gives positive effect in terms of crane service life.

Apart from that, the machine was transferred to variable-frequency drive, which allows for significant cost cutting for maintenance and reduction of energy consumption by 10%. The crane features highly smooth movements during operation. Operator's cabin is equipped with climate control unit and ergonomic seat insuring more comfortable workplace for operators.