Reportedly, Viktor Vekselberg's power-plant engineering Rotec Holding will invest 3.4 billion rubles to develop production facilities for foreign high-power gas turbines "hot section" spare parts in Russia. Currently, these components, as well as the turbine themselves, are not manufactured in our country, but are delivered mostly from the western companies. In this field, phasing out imports is the most critical issue: for example, the sanctions shut off supplies of the equipment from international manufacturers to the Crimea, where power plants construction is stalling, and the Rotec project attained a low-interest loan from the state.

On Thursday, the Ministry of Industry and Trade-subordinated Industrial Development Fund (IDF) approved the Rotec CJSC (subsidiary of Viktor Vekselberg's Renova) project totaling to 3.4 billion rubles to develop production facilities for "hot section" components of over 45 MW-capacity gas turbines. An IDF representative said about it to the Kommersant and Rotec confirmed this information. The Fund supports import phasing out and high-tech production development projects granting them loans of 50-700 million rubles at 5% per annum up to seven years. As to Rotec, the IDF will grant it a low-interest loan of 676 million rubles.

The Rotec General Director Mikhail Lifshitz explained the Kommersant that the first stage is supposed to be launched in the first quarter of 2016, a full cycle — in 2018. Production plan includes 1.2 thousand blades in 2017, 6 thousand — in 2020. The top manager specified that the company would use its own developments but not the licenses from major turbine manufacturers.

Now Russia does not have its own proven technologies for production of large turbines; the only project with the capacity of over 100 MW is 110 MW gas turbine of NPO Saturn, but the operating practices are not sufficiently successful yet. Domestic large turbine project is supervised by the Ministry of Industry and Trade and Ministry of Energy, but the results are long to be waited for. The gas turbines installed at the Russian power stations are manufactured mainly by Siemens, GE, Alstom, Ansaldo. However, in some cases purchasing them is complicated by the sanctions: they hamper construction of new power plants in the Crimea, because western manufacturers have no right to supply equipment there. 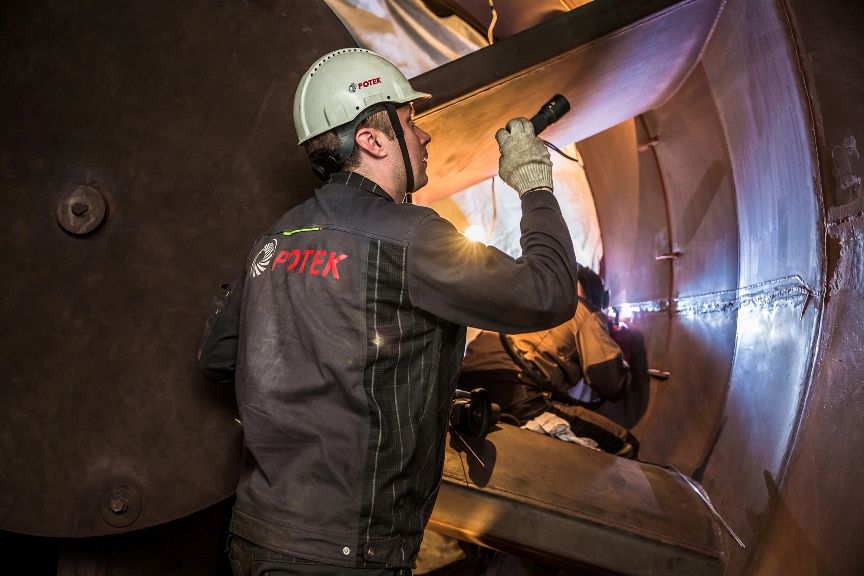 A hot section is traditionally one of the most difficult in the turbine, and no similar technologies are available in Russia now. The IDF director Alexey Komissarov told the Kommersant that the Rotec project would allow to "eliminate the lack of domestic components" needed to develop "a complete production chain in the domestic power sector".

In the turbines manufacture foreign holdings specify tough requirements to the suppliers of hot section components, but, according to Mikhail Lifshitz, the market of components for already operated turbines is independent from the market of the turbines themselves. Usually Roteс deals with the machines which warranty period has expired, and selection of a component supplier depends entirely on the owner, but not on the equipment manufacturer. There is 19.5 GW of gas turbine units in category of over 45 MW operated in Russia in all. Head of the Committee of power plant engineering of the Power Engineering Union Alexey Dub confirms that Russia really needs provision of large foreign turbines "hot section", the only question is how the company is going to assert turbine operators, that in terms of operating life its components can compete with those of manufacturer.